Effectiveness of Group Counseling with a Client-Centered Approach Based on the GATHER Principles on Sexual Satisfaction in Women with Multiple Sclerosis: A Randomized Clinical Trial

Group counseling creates constructive engagement among participants. In group counseling with a client-centered approach, participants help themselves and others to solve a problem and improve a certain behavior. Counseling interventions are a good solution for the rehabilitation of sexual satisfaction in couples.

Multiple sclerosis (MS) is the most prevalent progressive sensory/nervous disease in young adults. MS not only affects the functioning of the sensory/nervous and motor systems but also leads to signs and symptoms of cognitive, social, and psychological problems such as high levels of depression, distress, and anxiety; low quality of life (physical, mental, and sexual); and reduced effective social roles. 1 , 2

From the viewpoint of reproductive and sexual health, MS is a chronic, severe, and life-threatening disease posing family/social problems. The chances of marital problems are higher in patients with MS than in healthy populations because the onset of the disease forces the spouse to accept a change in role and adopt a new one. 3

Nearly two million people worldwide and 400,000 people in the United States are afflicted with MS, and the annual social and therapeutic cost is $2.4 million per patient. 4 , 5 In Iran, the prevalence of MS has witnessed a significant increase in recent years. 6 The frequency of MS has been reported to be 73 per 100,000 globally and 60 per 100,000 in Iran. 5 , 7

Patients with MS experience unpleasant symptoms, difficult treatment plans, drug side-effects, and increased physical, mental, and sexual disabilities. 8 , 9 In terms of sexual symptoms, a three-component conceptual model for female patients with MS has been suggested. Firstly, sexual dysfunction caused by the neurological changes of the disease directly affects the sexual feelings or responses of women, such that they may experience diminished libido as well as changes in sexual senses such as pain and burning, reduced vaginal lubrication, and decreased numbers and intensity of orgasm. Secondly, sexual dysfunction secondary to physical changes directly affects sexual responses. Thirdly, sexual dysfunction may be due to the emotional, social, and cultural effects of the disease, all of which decrease sexual satisfaction. 10 Psychological pressure and sexual symptoms due to MS lead to marital dissatisfaction, emotional divorce, or legal divorce in these patients. 10 , 11 Research has revealed that women with MS face the risk of divorce six times more than do other women, with 30% of them in dire need of personal and social support. 1 , 2

Some studies have demonstrated the positive effect of counseling on coping with MS and emotional/sexual relationships among these patients and their spouses over the course of treatment. 12 In a survey on 160 women with MS, 33% of the patients were at the highest level of sexual dissatisfaction. 13 Among interventions thought to be effective on adjustment in patients with MS, client-centered counseling programs with a psychological/behavioral approach appear to be among the most useful interventions. 14 In group counseling using a client-centered approach based on the GATHER (G, Great clients; A, Ask clients; T, Tell clients; H, Help clients; E, Explain how to use; R, Return for follow-up) principles, each person helps themselves and others to solve a problem and improve a certain behavior. 15 This method is more effective probably not only because it is cost-effective in terms of time and money but also because the participants share knowledge and experience, interact spontaneously and uninhibitedly, seek effective coping strategies, and exhibit self-care behaviors. 15 - 17

A previous study examined the effect of group counseling with a client-centered approach on reducing the level of stress and depression in patients with MS, and reported an improvement in the mental health of the participants. 16

The present parallel-group clinical trial, conducted from January 2018 to May 2019 in the MS Referral Center of Tehran (Iran), assessed 72 participants allocated to an intervention group and a control group (36 per group). Data were collected at three different time points: before the intervention (baseline), after the intervention (final session), and one month later.

The inclusion criteria were comprised of being a woman aged between 18 and 45 years, being married, having been married for at least one year, scoring a maximum 5.5 on the Expanded Disability Status Scale (EDSS), and having had sexual activity in the preceding six months.

The EDSS is regarded as a suitable tool to evaluate the effectiveness of clinical interventions and to monitor MS progression. Additionally, almost all publications identify the EDSS as the most widely used tool to measure disease outcomes in clinical trials. 19 In the current study, two neurologists were consulted, and they reported an inter-rater agreement level of Kappa of 0.79.

The exclusion criteria consisted of having another chronic disease (e.g. diabetes, hypertension, and epilepsy) or psychological disease, smoking, addiction to narcotics, pregnancy, lactation, having experienced intense mental crises (e.g. death of a loved one), and hormone therapy in the preceding six months.

The study protocol was approved by the Ethics Committee of Alborz University of Medical Sciences (Code: IR.ABZUMS.REC.1397.015), and was registered with the Clinical Trials Code of IRCT20180110038302N3. Written informed consent was obtained from all the participants.

First, a list of eligible participants was drawn up based on the data in the files in the MS Referral Center. The candidates were invited over the telephone to visit the center on a specified date to learn about the research objectives. Then, informed consent was obtained from eligible individuals willing to participate. The participants were selected via the convenience sampling method. Simple random allocation was done using a computer software program that generates random sequences, and the women were allocated to an intervention group and a control group.

With respect to the intervention, the intervention group received client-centered group counseling in addition to routine counseling. Six consecutive weekly sessions on a specific day were offered to three groups (12 per each), with each session lasting for 60 min on average. The group counseling sessions were held in a quiet environment with a semicircle seat arrangement. The group counseling was performed in three steps: 1) introduction and action (Session 1), 2) action (Sessions 2 through 5), and 3) termination (Session 6) based on the client-centered approach and in accordance with the GATHER principles. The GATHER principles are a type of counseling method used across different cultures. 15

In the present study, group regulations and the order of domains in the counseling sessions were set in collaboration with the participants. The content of the sessions is presented in table 1. The control group only received routine counseling, with consultations being offered individually in six sessions.

For the purposes of ethical issues, the control group participants were offered notebooks containing the detailed content of the group counseling sessions upon the completion of the study. Based on a study by van den Akker and colleagues, the sample size for this study was set at 72 considering the formula for comparing two means belonging to a quantitative attribute in two independent populations for intervention and control groups (α=0.05, β=0.1, µ1=50.17, µ2=37.83, SD1=8.18, SD2=8.25) and with a lost to follow-up rate of 20%. 20

The a priori level of significance was set at 0.05. The statistical analyses were performed with an intention-to-treat (ITT) approach as emphasized by the CONSORT statement. To improve the reporting of the quality of trials, this statement urges that the number of participants in each group be analyzed based on the ITT principles. 22

In this study, the demographic characteristics of 72 participants (36 per group) were analyzed. Two women in the intervention group and one woman in the control group were lost to follow-up (figure 1).

The two groups had no statistically significant differences before the intervention in terms of the mean age, the body mass index, the duration of the marriage, the spouse’s age, pregnancy, the husband’s desire to have sex during a month, the mean number of sexual activities during a month, the duration of the MS disease, the EDSS score, the sexual satisfaction score (table 2), domestic violence, socioeconomic status, education level, occupation, and relationship with the spouse (table 3).

Based on the paired t test, the mean score of sexual satisfaction in the intervention group significantly differed before the intervention and after the final session (P=0.001), whereas no significant difference was observed in the control group (table 5).

Marck and others studied 2062 patients with MS and reported that personal characteristics, relationships with intimate partners, and environmental factors were likely to help the multidimensional experience of sexual satisfaction. 23 Accordingly, in the present study, we examined the demographic factors that could affect sexual satisfaction, including age, the body mass index, the length of the marriage, the spouse’s age, the duration of the disease, the score of sexual satisfaction, domestic violence, socioeconomic status, education level, and occupation before the intervention, when the two groups were matched in terms of these variables.

In our study, based on the Friedman test, the trend of changes in the mean score of sexual satisfaction in the intervention group significantly differed before the intervention, after the final session, and one month after the intervention (P=0.001), whereas the results indicated no significant difference in the control group. Potgen and colleagues, in a review study on 23 articles that evaluated a total of 13,259 patients with MS and 532 individuals in the control group, reported that the frequencies of sexual dysfunction and marital dissatisfaction were high in those with MS and, thus, suggested that interventions be offered for this problem. 24 A descriptive study on 160 women with MS reported that sexual satisfaction could be enhanced by social support centered on group counseling because group counseling could lead to the active participation of patients in self-care and was, in fact, a reflection of health enhancement in chronic diseases and a method for alleviating tension. 13 Counseling has a better performance and higher effectiveness in peer groups. 17 , 25 Foley and colleagues examined the effect of group counseling on intimacy rehabilitation and sexual dysfunction in women with MS in the United States. 26 They observed a marked improvement in their intervention group patients, who received over 12 couple therapy sessions (on sexual matters, emotional relationship, and adjustment with the symptoms and complications of the disease), in terms of emotional relationships, marital satisfaction, and sexual satisfaction.

Tompkins and colleagues examined the effect of an educational program for preventing tension in families and improving couples’ relationships in patients with MS in Canada. 9 In that study, the participants received training on effective communication skills, conflict resolution, and skills and techniques for maintaining relationships while fighting a chronic illness. The findings revealed that training significantly enhanced satisfaction with relationships, psychosocial quality, problem-solving ability, and couples’ satisfaction with each other. 9 The results of this study are in concordance with ours. The content of our counseling sessions also contained solutions for improving relationships with the spouse and reducing tension in the family in order to enhance the psychosocial quality of couples, thereby enhancing sexual satisfaction and intimacy in the intervention group.

Leakage of session content from the intervention group to the control group could be one of the limitations of this study. We sought to minimize this possibility by changing the time, at which the control group visited the MS center to receive routine care. The physical and mental condition of the patients with MS, which causes early fatigue in counseling sessions, could be another limitation of this study. We addressed this issue by offering snacks in the sessions. 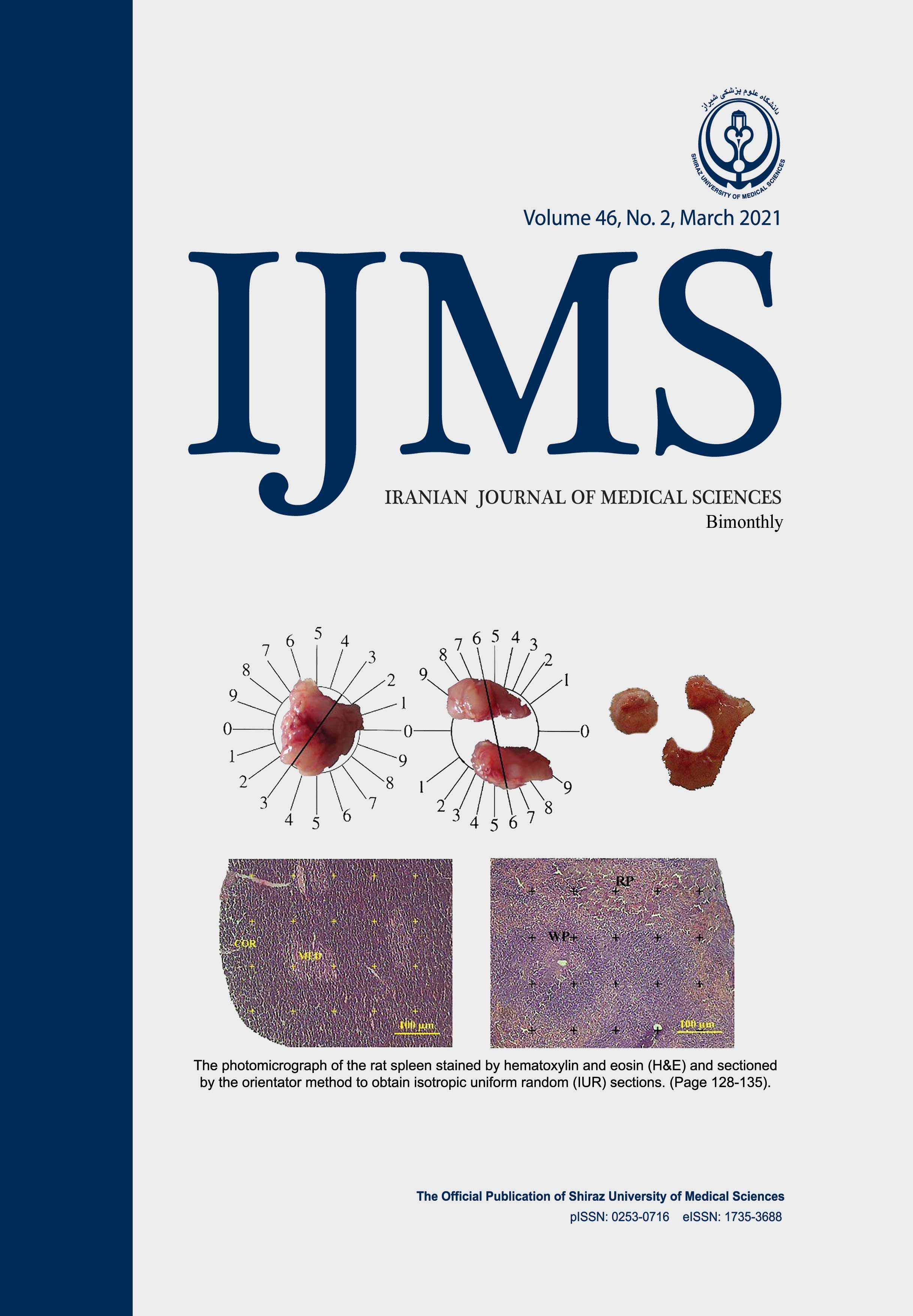