Background: Connexins (Cxs) are gap junction proteins involved in the communication between acute myeloid leukemia (AML) and stromal cells. They consist of intercellular channels termed “connexions”, which can cause uncontrolled cell proliferation if dysregulated. This study aimed to evaluate the expression levels of the Cx32 and Cx43 genes and their correlations with other prognostic markers in patients with AML.
Methods: This cross sectional study was performed on peripheral blood samples from 60 newly diagnosed patients with AML and 40 healthy control subjects at Kasr Alainy School of Medicine, Cairo University, from June 2016 to December 2017. The quantitative real-time polymerase chain reaction (qRT-PCR) test was used to examine the relative expression level of Cx43 and Cx32 genes in the patients and the control subjects. The Chi square test or the Fisher exact test was employed to examine the relationship between qualitative variables, while the independent t test or the Mann–Whitney test was employed for quantitative data. All the tests were two-tailed, and a P value of less than 0.05 was considered significant.
Results: Among the patients with AML, 65% had a high Cx32 expression level, whereas 63.3% had a low Cx43 expression level. There was a statistically significant difference in the fold change values of Cx32 and Cx43 expression between the patient group and the control group (P=0.009 vs P=0.013, respectively). There was a remarkable association between both Cxs and CD34 and HLA-DR cells.
Conclusion: Cx expression in samples may add to the diagnostic workup of AML. Although we found a negative correlation between Cx43 expression and the peripheral blood blast percentage, the response after the first induction of chemotherapy showed no significant relationship with Cx43 and Cx32.

Acute myeloid leukemia (AML) is the most common type of hematological malignancies, and it is characterized by key properties such as blocked differentiation, enhanced self-renewal, and increased proliferation. Leukemia is an aggressive malignancy in which both disease development and chemosensitivity tend to be regulated by adjacent stromal cells (i.e., the cells that form the hematopoietic stem cell niche). Gap junction (GJ) proteins can play a role in the communication between AML and stromal cells during disease progression. 1

GJ proteins constitute one of the several structures involved in intercellular communication. 2 Each of the two communicating cells contributes to these GJ proteins by their own connexin hemichannels (CxHcs), also termed “connexons”, and each CxHc consists of six transmembrane proteins, called “connexins (Cxs)”. 3 Each Cx shows tissue- or cell-specific expression, with most organs and many cell types expressing more than one Cx. 4 Since Cxs can oligomerize with other Cxs, a variety of CxHcs can be developed. GJ proteins have structural heterogeneity due to the large number of potential Cx combinations in each CxHc, which may also be the basis for functional heterogeneity. 5 , 6 At least 21 different human Cxs have been identified, and they have been regrouped into five subfamilies. 5 , 7 It has been posited that the dysregulation of Cx expression is related to uncontrolled proliferation and carcinogenesis. 2 , 5 , 7

Cx32 is expressed by vascular endothelial cells and participates in endothelial GJ intercellular communication. 1 , 2 Cx43 is named according to the molecular weights in kDa of the proteins predicted from its complementary DNA (cDNA). Although GJ proteins are usually not present in circulating blood cells, Cx43 is found to be expressed on leukocytes during inflammatory reactions in blood vessels in humans, and it has been shown to mediate coupling between bone marrow stromal cells (BMSCs) and CD34-positive blood cell precursors. 8 CD34 is expressed on leukemic stem cells and plays an important role in disease relapse and prognosis by minimal residual disease. 9 Many modulators of survival and death are exchanged through GJs. The disruption of normal Cx functions has an essential role in many solid tumors, but the expression and significance of Cxs in AML are currently unclear. Previous studies on Cxs have mainly focused on leukemic cell lines rather than patient samples. 10 , 11 Clarifying this issue is of major clinical interest, because it might be linked to patients’ prognosis and could help guide the optimal choice of therapy.

This cross-sectional study was conducted on peripheral blood samples from 60 newly diagnosed patients with AML and 40 healthy control subjects. The samples were collected from the Medical Oncology Department, Hematology Department, Internal Medicine Hospital, and French Hospital of Kasr Alainy, School of Medicine, Cairo University (Egypt), from June 2016 to December 2017, after taking written consent from the participants and obtaining approval from the Research Ethics Board of Kasr Alainy School of Medicine (ethics code I-361014).

The diagnosis of AML was established by consultants of hematological pathology, who work at the hospitals of Kasr Alainy School of Medicine. It was based on a full clinical assessment of the morphology, cytochemistry, and immunophenotype of leukemic blast cells. The classification of AML cases was based on the French–American–British (FAB) criteria. 12

The quantitative real time polymerase chain reaction (qRT-PCR) test via the SYBR green technique was carried out to examine the relative expression level of Cx43 and Cx32 genes in the patients with AML and the control subjects, with the β-actin gene being used as an endogenous reference. RNA extraction from whole blood samples was performed using the QIAamp RNA Blood Mini Kit (QIAGEN, Germany, Catalog No. 52304). The conversion of the extracted RNA to cDNA was done by using the High Capacity cDNA Reverse Transcription Kit (QIAGEN, Germany, Catalog. No. 205313) according to the manufacturer’s instructions. The qRT-PCR test was performed on a Thermal Cycler (Applied Biosystems, 7500, USA) using QuantiTect SYBR Green Master Mix (QIAGEN, Catalog No. 204141). 13 The reaction mixture (25 µL) contained 12.5 µL of SYBR Green qPCR Mix (2X), 2 µL of cDNA, and 1 µL of each primer pair. The relative mRNA expression level of the Cx43 and Cx32 genes in each sample was calculated by using the ΔΔ cycle time (Ct) method, where the target PCR Ct value is normalized by subtracting the β-actin Ct value from the target PCR Ct and relative to the calibrator. The formula is applied as follows:

Clinical Details of the Patients with Acute Myeloid Leukemia

Cytogenetic analysis was performed for 28 patients in the AML group, and the results demonstrated t(8;21) in nine patients, t(15;17) in six, and inversion (16) in eight.

FMS-like tyrosine kinase 3/internal tandem duplication (FLT3/ITD) was performed on 16 samples of the patients with AML. It was detected in six samples (37.5%), while 10 samples (62.5%) showed normal (wild type) FLT3.

As regards the flow cytometry results, a statistically significantly lower Cx32 expression level was observed in patients with AML, but without HLA-DR (P=0.018).

Both high and low expression levels of the Cxs were significantly higher on CD34-positive cells than CD34-negative cells (P=0.010) (table 2).

Comparisons of the high and low expression levels of Cx32 with respect to age, the hemoglobin level, the platelet count, the total leukocyte count, the peripheral blood blast percentage, and the bone marrow blast percentage showed no significant relationship between them (P=0.35, P=0.203, P=0.101, P=0.595, P=0.723, and P=0.911), respectively.

There was a statistically significant value in Cx43 expression in the patients with AML regarding the presence of organomegaly (P=0.030).

A statistically significant difference was observed between patients with low and high expression levels of Cx43 concerning peripheral blood blasts in that there was a higher blast percentage with the low Cx43 expression level (P=0.013). No statistically significant difference was observed compared with age (P=0.240), the hemoglobin level (P=0.472), the total leukocyte count (P=0.387), the platelet count (P=0.542), and the bone marrow blast percentage (P=0.154) (table 4).

No significant relationship was found between the expression of Cx43 and the cytogenetic analysis, molecular analysis, or the different FAB subtypes.

When we stratified the patients with AML in the pretreatment phase according to Cx32 and Cx43 mRNA expression, 65% of the patients with AML showed a high expression level of Cx32, whereas 63.3% showed a low expression level of Cx43. Our finding is concordant with that in a study by Yang and colleagues, who reported that Cx43, expressed by BMSCs, induced apoptosis on leukemia cells via caspase three and caspase seven pathways. 14 This can be demonstrated in our results insofar as we found a negative correlation between Cx43 expression and the peripheral blood blast percentage. Moreover, the results of an investigation by Liu and others showed that the expression levels of Cx43 and its mRNA in acute leukemia post-chemotherapy BMSCs were significantly higher than the expression levels of Cx43 and its mRNA in primary acute leukemia BMSCs. 8 Zhang and colleagues found that leukemic Jurkat cells that were co-cultured with Cx43 overexpressed on BMSCs proliferated at a lower rate and that they were more sensitive to methotrexate than Jurkat cells that were cultured alone or co-cultured with regularly expressed Cx43-BMSCs. 15 Our results are contrary to the work of Yi and others, who also used RT-PCR to detect the mRNA expression of Cx32 and Cx43 in OCI-AML3 and OCIM2 cell lines and found no difference in the expression of the mRNA of both Cxs in the two cell lines. While there was no difference in the transcription and protein level of Cx32, there was a significantly low expression level of the Cx43 protein. 1 Reikvam and colleagues analyzed the gene expression profile for several Cxs, including Cx32 and Cx43, in patients with AML. Both Cxs showed relatively low mRNA levels, while Cx45 was the only one to show a relatively high expression level among the patients. 11

Our results showed high Cx43 expression levels in FAB subtypes with monocytic differentiation (M4 and M5), when compared with FAB subtypes M1, M2, and M3. This finding is in concordance with the finding in the study by Reikvam and others, who reported that Cx43 expression was increased in AML cells with monocytic differentiation. 11

We detected no statistically significant relationship between Cx32 or Cx43 expression and the cytogenetic analysis (t[8;21] and t[15;17]), molecular analysis, and the different FAB subtypes. Given that cytogenetics and molecular testing, especially FLT3/ITD mutation, play an important role in the therapy outcome, we categorized our patients according to the results of the aforementioned tests into favorable, intermediate, and unfavorable outcomes. None of these risk groups was significantly related to Cx32 or Cx43.

Studying the response (remission, relapse, and death) after the first induction of chemotherapy, we found no significant relationship with Cx32 or Cx43, suggesting that these Cxs had no role in the short-term follow-up of AML. A long-term follow-up of patients was not feasible, since most patients are referred to other hospitals specialized in bone marrow transplantation. Another limitation of our study is the unavailability of the full cytogenetic profile, especially for elderly patients, who are not candidates for bone marrow transplantation.

The majority of our patients with AML showed a high expression level of Cx32 and a low expression level of Cx43, which may add to the diagnostic workup of leukemia. However, our short post-therapy follow-up of the patients precluded us from finding a significant effect for Cx32 or Cx43 on the treatment outcome, and we could not find a significant relationship with the different risk groups. It would be difficult to regard both Cxs as prognostic markers in this study, and perhaps, long-term follow-ups of patients receiving therapy might find a relationship between these Cxs and the disease condition. Since CD34-positive leukemic stem cells have a negative impact on the long-term outcome of acute leukemia in general, the strong correlation between both Cxs and CD34 in this work might indicate a poor prognosis, which needs to be proven in the future investigations.

We hereby express our thanks to all individuals, who volunteered to participate in this study. 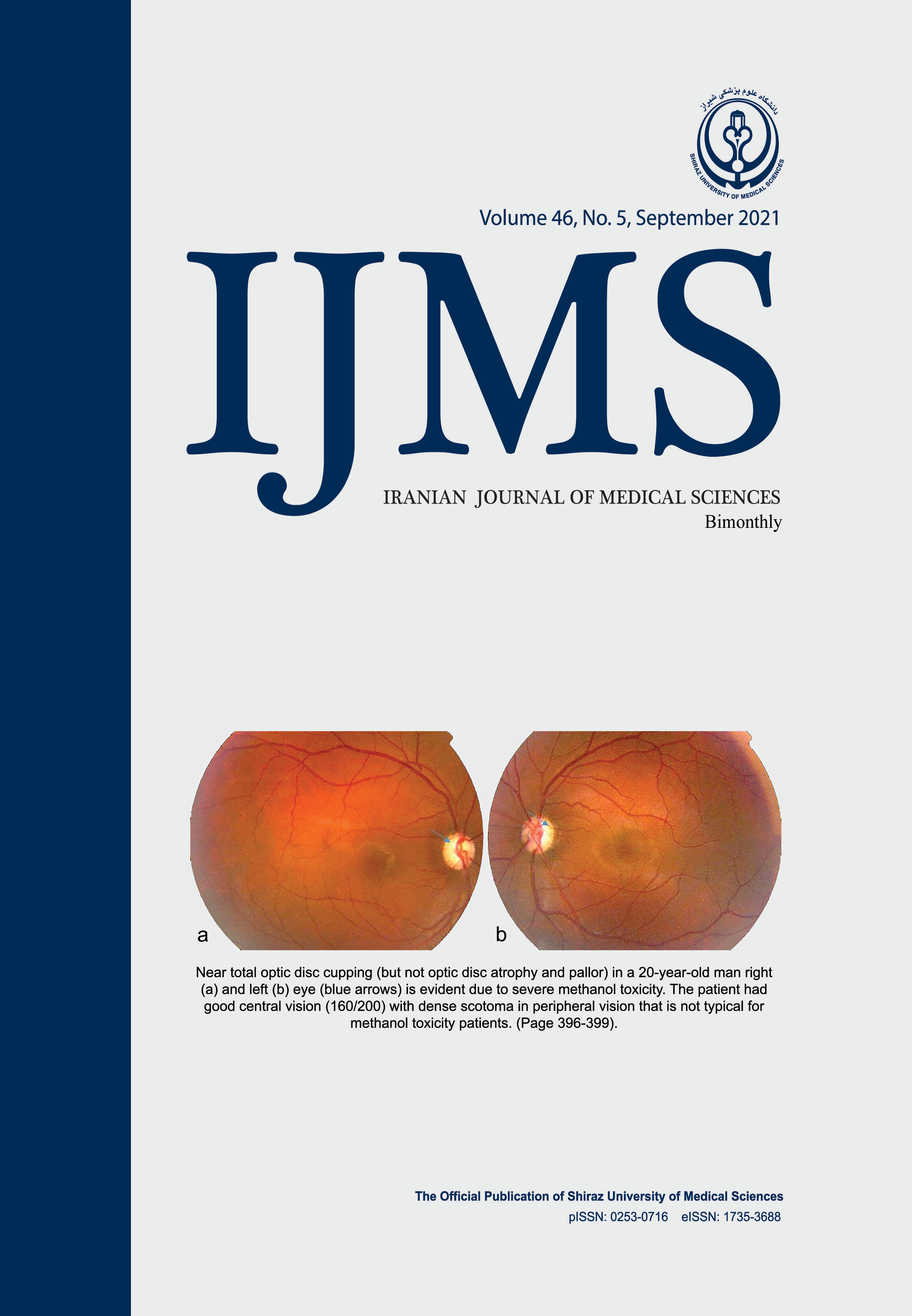