The Validity and Reliability of the Wijma Delivery Expectancy/Experience Questionnaire (Version A) in Primiparous Women in Mashhad, Iran

Background: Although pregnancy and childbirth are physiological processes, fear of childbirth is a common problem that is often associated with requests for cesarean delivery. This study was undertaken to determine the validity and reliability of the Wijma Delivery Expectancy/Experience Questionnaire A (W-DEQ [A]) primiparous women in Mashhad, Iran.
Methods: This study was conducted on 220 primiparous women with a gestational age of 28-30 weeks referred to health centers in Mashhad. Using demographic questionnaire, Beck’s Anxiety Inventory, Beck’s Depression Inventory, and the W-DEQ (A), for determining the validity and reliability of the W-DEQ (A), first two linguists translated the questionnaire into Persian; then, two other linguists translated the Persian version back into English. The content validity of this version was then assessed by expert faculty members. The final version was sent to the questionnaire’s original developers (Klass Wijma and Barbro Wijma) and then used after their approval. Factor analysis was used to analyze the data.
Results: The result of actor analysis revealed six factors, forming 58.8% of the total variance. The reliability of this questionnaire was confirmed with a Cronbach’s alpha coefficient of 0.84, and the fear of childbirth was found to be correlated with Beck’s anxiety (r=0.414) and depression (r=0.287) scores.
Conclusion: The W-DEQ (A) is a valid and reliable tool for measuring the fear of childbirth and is recommended to be used for measuring the fear of childbirth among Iranian women.

The Wijma Delivery Expectancy/Experience Questionnaire (W-DEQ) is considered to be the best tool for measuring the fear of childbirth. In a study in Iran (2017), the reliability of the W-DEQ (A) was confirmed with a Cronbach’s alpha of 0.64, but its reliability was lower in Iran than in other societies.

Fear of childbirth might occur in the form of anxiety disorder or extreme fear during pregnancy, and manifests itself as nightmares, physical discomfort and difficulty in concentrating at work or during family activities, and is often associated with requests for cesarean delivery. Fearing childbirth is a common and serious problem among women. The prevalence of fear of childbirth varies with cultural factors, gestational week, and assessment method. 1

Many tools have been used to date for measuring the fear of childbirth, including researcher-made tools, Hartman’s Childbirth Attitudes Questionnaire, 4 and the Wijma Delivery Expectancy/Experience Questionnaire (W-DEQ ). Wijma developed this tool for measuring the fear of childbirth and doing a cognitive assessment of women with regard to childbirth and sought to include objective items with direct relevance to the circumstance of fear. Wijma developed Version A for measuring the structure of fear of childbirth during pregnancy by asking women about their antenatal expectations and developed Version B based on women’s postpartum experiences. 5 Rouhe and colleagues consider the W-DEQ as the only accurate tool for the screening of fear. Unlike other questionnaires that focus only on labor and childbirth, this questionnaire also takes into account the pregnant women’s thoughts, beliefs, and feelings about childbirth. 6

The validity and reliability of the W-DEQ (A) have been confirmed. Its reliability was confirmed in a study done by Wijma and colleagues with a Cronbach’s alpha of 0.93. 5

This is a cross-sectional study conducted on 220 pregnant women with a gestational age of 28-30 weeks referred to health centers in Mashhad in 2016. After obtaining the approval of the ethics committee of Mashhad University of Medical Sciences (IR.MUMS.REC.1394.720), sampling was performed in health centers in Mashhad. To comply with the codes of research ethics, the candidates were briefed on the study objectives and submitted their written consent if they were willing to participate. The researcher then asked the eligible and willing women to complete a demographic questionnaire, Beck’s Anxiety Inventory, Beck’s Depression Inventory, and the W-DEQ (A).

The inclusion criteria were being an Iranian, Persian-speaker, living in Mashhad, aged 18 to 35, gestational age 28-30 weeks, and possessing at least fifth-year of primary school literacy. The exclusion criteria were addiction to opioids, psychotropic medications or stimulants, drinking alcohol, occurrence of any stressful and unpleasant incidents over the past 6 months, and speech or hearing disorders.

There are eight main and essential steps in preparing a translation version of each questionnaire from the main language into another language. 10 - 14 In our study, the steps of translation and localization of the questionnaire were followed and they are presented in table 1.

The sample size was six times higher than the number of the items 15 in the W-DEQ (n=198), but for greater assurance, 220 eligible women ultimately entered the study. The Kaiser-Meyer-Olkin (KMO) test was used for ensuring the sample size adequacy. The KMO score was 0.85 (table 2), indicating sample size adequacy for factor analysis.

The W-DEQ (A) was first developed by Klaas and Barbro Wijma in 1998 in Sweden. The tool has 33 items that are scored based on a six-point Likert scale, with 0 indicating “extremely” and five indicating “not at all”. The total score ranges from 0 to 165. A high total score indicates a high level of fear. The cut-off point is 85 and scores of 85 or higher confirm clinical fear; scores of 37 or lower show mild fear, 38-65 show moderate fear, and 66-84 show intense fear. Wijma and colleagues assessed the validity and reliability of the W-DEQ (A) for the first time in 1998 on 196 nulliparous and multiparous women in Sweden and found an overall reliability of 0.93 and Cronbach’s alpha values of 0.89 in nulliparous and 0.99 in multiparous women. 5

Beck’s Anxiety Inventory (BAI) contains 21 items that are scored from 0 to 3, and the total score ranges from 0 to 63. Scores of 0-7 indicate minimal anxiety, 8-15 indicate mild anxiety, 16-25 moderate and 26-63 severe anxiety. 16 The validity and reliability of BAI were confirmed in a study by Kaviani and colleagues. The tool’s validity was confirmed through comparing its quantitative assessment by clinical experts and the scores obtained by the participants (r=0.72; its reliability was confirmed with a Cronbach’s alpha coefficient of 0.77).

Beck’s Depression Inventory (BDI) contains 21 items scored from 0 to 3, with the total score ranging from 0 to 63, where 0-13 indicate minimal depression, 14-19 mild, 20-28 moderate, and 29-63 severe depression. 17 The validity of the scale was confirmed by Dobson through a factor analysis; construct validity and its reliability were confirmed with a Cronbach’s alpha of 0.91. 18 The reliability of this scale was confirmed with a Cronbach’s alpha of 0.76.

Data were analyzed in SPSS-21 using the mean and standard deviation and table of frequency distribution to describe the participants’ details. The KMO test was used to assess sample size adequacy for the content analysis assessment, Bartlett’s test for assessing the samples’ fit, and factor analysis for data analysis. A correlation matrix was formed for the factor analysis and factor extraction based on the variables correlation coefficients, and the factor analysis was performed on the items with a minimum factor loading of 0.4. The orthogonal varimax rotation was used for better interpretability and the items were ultimately assigned to factors with the highest correlation in that factor.

Participants’ mean age was 28.4±4 years and their mean score of fear was 63.63±21.35, and women who planned for vaginal birth were 97 (44.1%) and who planned for cesarean section were 123 (55.9%) and educational level, occupation, socioeconomic status, and history of miscarriage are presented in table 3.

Validity and Reliability of the Instruments

The factor analysis was performed on items with a minimum factor loading of 0.4; thus, items 24 and 31 were excluded.

The exploratory factor analysis using the main component analysis and varimax rotation led to the extraction of six factors, which accounted for 58.8% of the total variance (table 4 and figure 1). The six factors extracted were Factor 1 (Lack of self-efficacy), including the items lack of power, lack of confidence, independence, happiness, lack of pride, lack of calmness, lack of peace, lack of helplessness, lack of self-confidence, and lack of trust; Factor 2 (fear), including loneliness, fear, having no one, incapacity, misery, tension, and being left alone; Factor 3 (Negative appraisal), including happiness, eagerness, ability to control and weirdness; Factor 4 (Lack of positive anticipation), including panic, fright, bad conduct and lack of control; Factor 5 (Concerns for the child), including not feeling novel, infant mortality and infant injuries; Factor 6 (Loneliness), including not feeling excellent, feeling weak and feeling weird. The factor loadings of each item are presented in table 5. The items related to infant mortality and injuries had the highest factor loading. Two items including 24 and 31 were omitted because of very low factor loading values and not being allocated to any factors.

The results of Pearson’s test showed a significant direct correlation between the fear of childbirth and the BAI (r=0.414, P&lt;0.001) and BDI (r=0.287, P=0.006) scores. The reliability of this questionnaire was confirmed using internal consistency with a Cronbach’s alpha of 0.84 and using the split-half method with a coefficient of 0.84.

Cronbach’s alpha was used to determine the reliability of the extracted factors and the results showed that Factor 2 (fear) and Factor 6 (negative feelings) had the highest and lowest Cronbach’s alpha, respectively (table 6).

In a study done by Mortazavi, only the women who planned for vaginal birth were assessed and not those who planned for cesarean section while in our study, 55.9% of the participants were planning for cesarean section and 44.1% were going to have a natural delivery. That is a major consideration, since studies have shown that fear is one of the most important factors that can lead women to cesarean delivery. 21

The strengths of the present study include the selection of primiparous women, who lack the experience of childbirth because having experience could have affected the results obtained through the questionnaire. The study limitations include personal differences and the mental health status of the participants when completing the questionnaire. 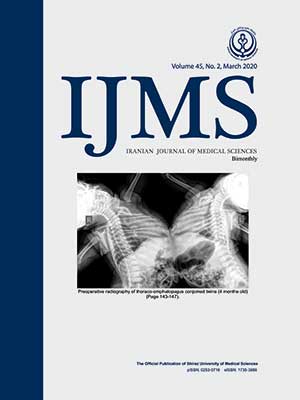