Type 2 diabetic patients attending the diabetic clinic, surgery outpatient department, and emergency medical services of Jawaharlal Institute of Post Graduate Education and Research (JIPMER), Pondicherry, India, between September 2012 and June 2014 were included in the study. The presence of ulcer with pus or the presence of cellulitis was taken as clinical evidence of infection in this study.

A detailed clinical history, including age, gender, duration of diabetes and concomitant anti-diabetic medications, body mass index (BMI), and history of smoking, was recorded on a preset proforma. Clinical assessment, including peripheral pulses examination, and laboratory investigations, including HbA1c levels, wound swab, tissue culture, and sensitivity were carried out. The diabetic foot infections in the study population were graded using Wagner grading: grade 0, intact skin; grade 1, superficial ulcers of the skin or subcutaneous fascia; grade 2, ulcers extending into the tendon, bone, or capsule; grade 3, deep ulcers with osteomyelitis or abscess; grade 4, gangrene of the toes or the forefoot; and grade 5, gangrene of the mid-foot or the hind-foot. Wagner grading was used in the present study as it is a well-established and bedside clinical grading which can be done without the need for any special investigations in the limited resource setting common in Indian hospitals. The complications of diabetes mellitus like peripheral neuropathy and nephropathy were assessed. Peripheral neuropathy was assessed using the Semmes-Weinstein 5.07/10g monofilament testing, and nephropathy was assessed using urinary albumin levels and 24-hour urine protein estimation.5

The estimation of serum 25-hydroxyvitamin D (25[OH] vitamin D) in both groups was done using the DIAsource 25-Hydroxyvitamin D Total Enzyme-Linked Immunosorbent Assay Kit (DIAsource ImmunoAssays S.A., Belgium). Venous blood samples of 5 mL were collected without anticoagulants for estimating serum 25 (OH) vitamin D from all the 176 patients at the time of presentation. The blood samples were centrifuged and the serum samples were stored in a deep freezer at -40 °C, protected from light, and thawed just before the assay. The estimation of vitamin D level was performed only after the 6-month follow-up period was completed to eliminate observer bias. All the observations and analyses were made by a single observer to avoid inter-observer variability.

In the first step, total vitamin D present in the serum was dissociated from binding proteins in the serum and allowed to bind to a specific monoclonal antibody. After washing, a fixed amount of vitamin D with biotin and horseradish peroxidase was added to the microplate and allowed to compete with the unlabeled 25 (OH) vitamin D molecules and the 25 (OH) vitamin D bound to the monoclonal antibody. After this step, a chromogenic solution containing Tetramethylbenzidine was added. Tetramethylbenzidine acts as a substrate for the peroxidase enzyme, thereby producing color change. The amount of the substrate turnover was measured colorimetrically by absorbance at 450 nm, which was inversely related to the serum 25 (OH) vitamin D concentration. A vitamin D level of equal to or greater than 30 ng/mL was considered normal, 10 to less than 30 ng/mL was taken as vitamin D insufficiency, and 0 to less than 10 ng/mL was considered to be deficient.3,6

All the diabetic foot patients with active infections were admitted and started on intravenous antibiotics empirically after sending the pus or wound swab for culture. The blood glucose level was controlled using insulin (short-acting and long-acting as and when needed). Thorough debridement until viable bleeding tissues was done. Pus pockets were drained, and amputation was done when the limb was non-viable. Daily dressing and minor debridement were performed. The patients were discharged when either wound cover was achieved (grafting/amputation with flap) or the active infection was treated.

The serum vitamin D level was assessed and compared between the two groups. The severity of the diabetic foot infections was graded using Wagner grading. All the patients were followed up every 2 weeks for 6 months to assess the outcome and prognosis. The severity and duration of the foot infections, number of the sessions of debridement, requirement of major/minor amputations, time duration for skin cover, and mortality were recorded. Subgroup analysis was performed among Group 1 patients to compare the serum vitamin D level with various outcomes.

The statistical analyses were performed using the SPSS software version 17.0. (Chicago, SPSS Inc.). The distributions of the data on the categorical variables such as gender, smoking, diabetic medications, and the duration of diabetes were presented as frequencies or percentages and were compared between the two groups using the χ2 test. The continuous variables like age, BMI, blood glucose, HbA1c, and vitamin D were compared between the groups by using the independent Student t test. Various outcomes on vitamin D level were analyzed using the χ2 test. The mean values were compared using Student t test. The statistical analyses were carried out at 5% level of significance, and a P value of less than 0.05 was considered statistically significant.

Ethical approval: The institutional ethics committee’s approval was obtained (No. IEC/SC/2012/5/221). The nature, methodology, and risks involved in the study were explained to the patients and informed written consent was obtained. All the information collected was kept confidential, and the patients were given full freedom to withdraw at any point during the study. All the provisions of the declaration of Helsinki were followed in this study.

Totally, 310 diabetic patients were assessed for eligibility for the study. Nevertheless, only 176 met the inclusion criteria and consented and were included in the study. They were equally divided into two groups of 88 each, and follow-up was done for 6 months. There were five deaths among the diabetic foot patients. No patient in either of the groups was lost to follow-up. The demographic profile of both groups was similar, eliminating any confounding factors between the two groups (table 1). The groups, however, differed in terms of the BMI and the mean HbA1c level (P=0.0001) (table 1). In the present study, 62.5% of Group 1 patients, who underwent major amputations, had a BMI less than 25 kg/m2. Gender was not found to have an influence on wound outcomes in the present study. It, however, affected the mortality rate among diabetics with foot infections. All the five patients who expired were men, that was statistically significant (P=0.035). This can be attributed to chronic smoking and co-morbidities like hypertension and coronary artery disease, which are more prevalent in men. All the five men who expired were smokers.

Outcome of the Diabetic Foot Infections

Among the diabetic foot patients, 18.2% underwent major amputations, 20.5% underwent minor amputations, 8% had their wounds grafted, 5.7% expired in the hospital, and 47.7% were discharged with a raw area after the control of the infection and followed up on an outpatient basis until wound healing (figure 3).

Nephropathy was present in 23% of the cases, and it was shown to be related neither to vitamin D level nor to the outcome of the diabetic foot infections in this study. However, only 23% of Group 1 patients had nephropathy, which was too small proportion to derive any statistically significant observation.

Vitamin D Levels and the Outcome of the Diabetic Foot Infections

A BMI of less than 25 kg/m2 and more than 29 kg/m2 has been associated with a higher risk of amputations in previous studies.7 Several studies have shown a J-shaped association between BMI and diabetic foot ulcers.8 The poor outcome in the group of patients with a BMI of less than 25 kg/m2 in the present study can be due to the effects of malnutrition on immunity and wound healing, which is more common in Indian patients. Our study included very few patients with a BMI of above 29 kg/m2 and hence the outcome in such patients cannot be commented based on the present study.

The duration of diabetes mellitus and the type of treatment received were not found to have a significant influence over the outcome of the diabetic foot infections in the present study. This is contrary to the results of the studies by Wang and colleagues9 and Ndosi and others,10 who reported a higher risk of amputation and death with longer durations of diabetes and insulin treatment. The above authors concluded that patients having diabetes mellitus for longer durations ran the risk of having more microvascular and macrovascular complications of the disease. This difference could be explained by the fact that very few patients in this study had diabetes mellitus for more than 10 years.

Smoking was associated with high mortality in the current study. All of the five patients who expired were smokers. Nonetheless, smoking was not found to increase the incidence of major or minor amputations in the present study. Smoking acts synergistically with other co-morbidities and increases the mortality.

Infection and sepsis lead to uncontrolled blood glucose levels in diabetic patients, which will in turn aggravate sepsis. The presence of foot infections in the cases may have caused high blood glucose levels at presentation, which was evident by the increased total leukocyte counts in 55.7% of Group 1 as opposed to 18.2% in Group 2 (P=0.0001). The studies conducted by Lan and others11 and Kilpatrick and colleagues12 yielded the same results. Adler and coworkers13 proposed that for every 1% increase in HbA1c levels, the rate of amputations increases by 1.26%. This highlights the negative impact of high HbA1c and blood glucose levels on the outcome of diabetic foot infections.

Studies on foot infections in the Indian diabetic population have shown Gram-negative organisms to be most commonly associated with diabetic foot infections. Escherichia coli was the most common organism isolated from patients who required major amputations in many Indian studies.14

Peripheral neuropathy was associated with a higher number of major amputations, persistent foot ulcers, and mortality. This was a statistically significant observation. These results chime with the other studies which describe a diabetic foot with neuropathy as a “high-risk foot”, which carries the increased risk of amputation with long-term morbidity and mortality.16-18 The present study, however, did not find a significant association between the serum vitamin D level and diabetic neuropathy in diabetic foot infections. Evidence supporting the role of vitamin D in peripheral neuropathy has emerged in recent studies. Nevertheless, most of these studies have too small a sample volume to draw any significant conclusion. A recent meta-analysis by Qu and others19 concluded that Asian type 2 diabetic patients with vitamin D deficiency were 1.22 times more likely to develop diabetic neuropathy. They concluded that vitamin D supplementation must be given to type 2 diabetic patients to prevent the development of neuropathy.

The merits of the present investigation are that it is a cross-sectional analytical study with a reasonably large sample size (N=176) and it involves Indian patients. The study can be followed up by randomized controlled trials involving larger numbers of patients in the future.

However, there are several limitations to our study. This is an in-hospital study and its results have not been externally validated. As the prevalence of microvascular complications and co-morbidities was low in the study, their impact on the outcome of diabetic foot infections could not be assessed. The follow-up period in the study is too short to assess the long-term outcomes of diabetes mellitus. The study is not interventional and measures only the association between vitamin D level and various outcomes. Other confounding factors which can alter the level of vitamin D like serum calcium levels, parathormone, and albumin were not analyzed in the study.

The study found no significant difference in the serum level of vitamin D between diabetic patients with and without foot infections. However, subnormal vitamin D levels were found to be more common in the diabetic foot patients who underwent major and minor amputations or died of the disease. This possibly explains that the occurrence and prognosis of diabetic foot infection are multi-factorial and the level of vitamin D could play a vital role. Further interventional studies in the future involving larger numbers of patients may substantiate the evidence obtained from this study. 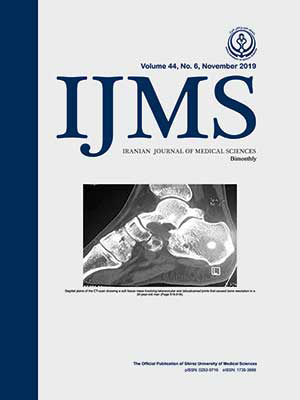