Background: Escherichia coli (E. coli) is the most common cause of urinary tract infection (UTI) and typically treated with antibiotics. Unrestricted use of antibiotics may lead to the emergence of antibiotic-resistant bacteria. The present study aimed to isolate and characterize phages against E. coli from infected urine samples and to determine the lytic activity of phages against E. coli in vitro.
Methods: The present experimental study was conducted in the Laboratory of Bouali Sina Hospital (Sari, Iran) in May 2018. E. coli was identified from nine urine samples of patients with UTI using conventional microbiological methods. Bacteriophages were isolated from the infected urine specimens, and their lytic activity was determined using the spot test. The titer of the bacteriophages was measured using the double-layer agar technique. The morphology of the bacteriophages was revealed using transmission electron microscopy, and the latent time period and burst size were determined. Data were analyzed using the SPSS software package.
Results: E. coli was isolated from nine infected urine samples. The lytic activity of bacteriophages against E. coli was determined using the spot test by observing the formation of inhibition zones. Transmission electron microscopy showed E. coli phages belonging to the Myoviridae family. The latent time period was 20 minutes with a burst size of 1,200 plaque-forming unit (PFU) per infected cell. The results of the double-layer agar assay showed that the titer of bacteriophages was 20×108 PFU/mL.
Conclusion: The E. coli bacteriophage was isolated from infected urine samples and characterized, and their lytic activity against E. coli was determined in vitro.

Escherichia coli (E. coli) is responsible for 75% of the urinary tract infections and typically treated with antibiotics. Unrestricted use of antibiotics has led to the emergence of a new class of drug resistance enzymes called extended-spectrum beta-lactamases (ESBL) and ESBL producing strains.

Due to the global rise in antibiotic resistance, phages have attracted attention as an alternative to antibiotics. E. coli bacteriophages were isolated from infected urinary specimens, and their lytic activity against E. coli was characterized in vitro.

Urinary tract infection (UTI) is the most common cause of nosocomial infections and the second most common infection in humans. Most UTIs are caused by normal colon bacteria such as Klebsiella pneumoniae, Escherichia coli (E. coli), Proteus, and Pseudomonas aeruginosa. Annually, about 150 million people are infected with UTI caused by E.coli. 1

E. coli strains that cause UTIs (uropathogenic E. coli) are responsible for 75% of UTI, including 40-50% of UTI prevalence in women and 5% in men. E. coli is a Gram-negative bacteria of the Enterobacteriaceae family causing several human infections such as sepsis, gastroenteritis, neonatal meningitis, gallbladder and bile duct infections, wound infection, pneumonia, peritonitis, and especially UTI and kidney failure. 2 - 5

Typically, antibiotics such as aminoglycosides, fluoroquinolones, and beta-lactam are used to treat E. coli infections. Up to date, unrestricted use of antibiotics has led to the emergence of a new class of drug resistance enzymes called extended-spectrum beta-lactamases (ESBL) and ESBL-producing strains. A global rise in antibiotic resistance, resulting from the physicians’ tendency to prescribe newer drugs, has also undermined empirical treatment. 6 - 8 Therefore, it is essential to consider alternative medicine to prevent and treat UTI instead of resorting to antibiotics as the first choice. Recently, phages have attracted the attention of physicians as an alternative to antibiotics. 9 - 11 Phages, used as an individual phage or as a cocktail of several phages, have lytic activity without affecting normal flora. The main advantage of phage therapy over the standard antibiotics therapy is that phage cocktail reduces the possibility of developing phage-resistant bacteria. 12 , 13

In previous studies, phages against E. coli were isolated (from sewage, hospital sewage, polluted rivers, and human and animal feces) with the aim of developing a phage therapy to target photogenic species of E. coli. 14 - 16 Another study reported the effect of oral application and topical treatment of phage cocktail on patients infected with UTI. 17 Chibeu and colleagues investigated and confirmed phage activity against biofilms of uropathogenic E. coli. 18 A study also confirmed the lytic activity of commercial phages against E. coli isolated from patients with UTI. 19 Some other studies have suggested that the pattern of antibiotic resistance of E. coli and its specific phages vary in different regions. 20 , 21

The present study aimed to isolate and characterize the lytic phages against E. coli from the urine samples of patients with UTI. In addition, lytic phage activity against E. coli with different antibiotic resistance patterns was determined in vitro and compared to E. coli phages in other regions.

The present experimental study was conducted in the Laboratory of Bouali Sina Hospital (Sari, Iran) in May 2018.

Initially, the urine samples were stored at 4 °C. An equal volume of 2X Luria-Bertani (LB) broth (QUELAB, USA) containing E. coli was added to each urine sample and incubated overnight at 37 °C with shaking. The culture was then centrifuged at 10,000 ×g for 10 minutes at 4 °C and the supernatant was filtered through Millipore filters with 0.22 μm pore size (Millipore, USA). 23 , 24

The overnight E. coli cultures (100 μL) from the nine samples were individually mixed with 3 mL top agar and poured into Petri dishes containing bottom agar, and subsequently 10 μL of isolated phages was added. The dishes were incubated at 37 °C overnight. The following day, the dishes were checked for inhibition zones. 23 , 24

The Titer of Bacteriophages

A double-layer agar assay was performed to determine the titer of bacteriophages. The E. coli in the LB medium was inoculated and shook at 37 °C until the optical density at 600 nm was reached. The serial dilutions of phages were prepared in seven tubes and two additional tubes (8 and 9) were used as negative and positive controls, respectively. The diluted phages (100 µL) were added to 100 µL E. coli and top agarose (3 mL) was added onto the LB agar plate. The plates were inverted and incubated at room temperature overnight, after which the plaques were counted. 23 , 24

Bacteriophages were concentrated by centrifugation at 25,000 ×g for 60 minutes using a high-speed centrifuge. The purified phages were deposited on carbon-coated copper grids (Sigma-Aldrich, Germany) and stained with 2% uranyl acetate (pH=4-4.5). After staining, phages were observed using a Philips CM 300 electron microscope (Philips, USA) at 150 kV. 23 , 24

The phage lysate (200 μL) was added to 200 μL of LB broth (containing bacteria) and pre-incubated for 10 minutes at 37 °C to allow adsorption of the phages. A row of 16 sterile capped tubes were divided into four groups and aseptically added 900 μL LB broth to each tube. The phages were diluted in the LB broth by adding 100 μL to the first tube, mixed, and 100 μL was transferred to the second tube in the series (“1” to “4”). Then, 200 μL of an overnight culture of the bacteria was mixed with 200 μL of the diluted phages (“1” to “4”). The tubes were pre-incubated at 37 °C for 10 minutes to 40 hours to allow adsorption of the phages. At intervals, a sample was removed from the mixture and the number of free phages counted using a plaque assay. Petri dishes were incubated overnight at 37 °C. The following day, the number of plaques was counted and PFU/mL was calculated; equal to the number of plaques times the dilution factor (inverse of the dilutions). 23 , 24

The host range of isolated phages was determined using spot testing and inhibition zones were observed in all samples. The results indicated that bacteriophages have lytic activity against nine E. coli strains with antibiotic susceptibility patterns (figure 2). The results of the double-layer agar assay showed that the titer of bacteriophages was 20×108 PFU/mL. Electron microscopy was performed by negative staining with 2% uranyl acetate (ACROS, Belgium) (pH=4-4.5) at 150 kV. The results showed one isolated phage group with an icosahedral head (60 nm) and a long non-contractile tail (200 nm). The isolated bacteriophages belonged to the Myoviridae family (order: Caudovirales); figure 3. The results of the single-step growth curve showed that the latent time period of isolated E. coli bacteriophages was 20 minutes with a burst size of 1200 PFU per infected host.

In a study by Galtie and others, AL505_P1, AL505_P2, AL505_P3 phages were isolated from sewage which belonged to the Podoviridae, Myoviridae, and Siphoviridae families, respectively. The lytic activity of these phages against the E. coli AL505 strain, caused by uropathogenic E. coli isolated from a patient with pyelonephritis, was confirmed. 28

In the present study, the latent time period of isolated E. coli bacteriophages was 20 minutes, and the number of viable progenies per infected host was 1200 PFU per infected host. However, another study reported a latent time period of 24 minutes in phages isolated for sewage water, which belonged to the Myoviridae family. 29 Moreover, Pouillot and others reported the latent time period of Podoviridae against E. coli strain as 25 minutes. 30 Dufour and others 31 used bacteriophage LM33-P1 to infect the E. coli O25b strain, which is highly resistant to beta-lactams and fluoroquinolones. They showed a latent time period of 9 minutes in vitro against this phage strain. Also, its lytic activity in vivo against UTI, septicemia, and meningitis caused by E. coli was confirmed. Their findings indicated the potential of lytic phages for the treatment of UTI caused by E. coli.

The main limitation of the present study, due to financial constraints, was that genome sequencing of the isolated bacteriophages was not performed.

E. coli bacteriophages were isolated from infected urinary specimens, and their lytic activity against E. coli was characterized by different antibiotic resistance patterns in vitro. These bacteriophages differed in terms of features and lytic activity depending on the source of the phage. 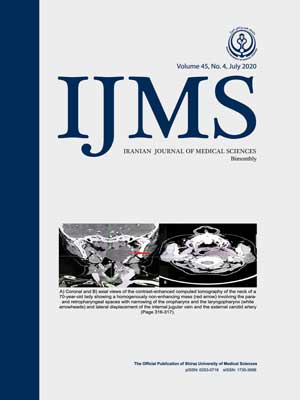