The Effectiveness of Cognitive-behavioral Therapy on Anger in Female Students with Misophonia: A Single-Case Study

Background: Misophonia is an unpleasant condition, in which the feeling of excessive anger is triggered by specific sounds. The main objective of the present study was to investigate the effectiveness of cognitive-behavioral therapy (CBT) on anger in female students with misophonia.
Methods: A study based on a non-concurrent multiple baseline design was conducted in 2018 at the School of Education and Psychology, Shahid Chamran University of Ahvaz, Ahvaz, Iran. Three female students aged 20-22 years were recruited using the multi-stage random sampling method. The study was conducted in three stages, namely baseline, intervention, and follow-up sessions. The Novaco anger questionnaire was used during the baseline sessions, intervention sessions (sessions three, six, and eight), and six weeks follow-up (two, four, and six weeks after the last intervention session). Data were analyzed using visual analysis, reliability change index (RCI), and recovery percentage formula.
Results: CBT reduced the feeling of anger after the intervention and follow-up sessions. The recovery percentage at the end of the intervention sessions were 43.82, 42.28, and 9.09 for the first, second, and third participants, respectively.
Conclusion: The findings of the present study confirm the effectiveness of CBT in reducing the feeling of anger in female students with misophonia.

Misophonia is triggered by auditory stimuli and characterized by an extreme emotional response (e.g., anxiety, agitation, and annoyance) to specific patterns of sound. Despite the adverse effects of misophonia on patients’ quality of life, only a few studies have addressed the effect of psychological treatments on its symptoms.

The term misophonia was introduced by Jastreboff and others in 2001. 1 , 2 It describes a condition that causes individuals to experience a negative emotional reaction (e.g., anxiety, agitation, and annoyance) to specific patterns of sound in certain situations, despite tolerance for other louder sounds. 3 Triggered by auditory stimuli, anger, and rage are the most common emotional reactions of misophonic individuals. 4 Anger is a normal human reaction in response to stress and hostility and is usually associated with involuntary responses such as increased blood pressure, heartbeat, sweat, and blood sugar. 5 The feeling is provoked by various real or imaginary conditions such as frustration, injuries, humiliations, or injustices. Typically, an individual with misophonia will react with body language, e.g., stare or a verbal response to the source of the noise. In general, those in direct contact with such individuals such as family and friends tend to avoid making irritating sounds while eating (slurping and chewing). 6 Physical aggression by individuals with misophonia has also been reported. A previous study among 42 such patients reported the incidence of verbal abuse (28.6%), throwing of objects (16.7%), and physical aggression (11.9%). 7

Various studies have addressed the effectiveness of cognitive-behavioral therapy (CBT) on anger management. 5 , 8 , 9 However, there are no controlled studies on the treatment of anger in individuals with misophonia, and the publications are limited to a few case studies. In a study in 90 patients with misophonia, eight CBT group sessions were performed every two weeks resulting in a significant reduction of the symptoms in 48% of the patients. 10 A couple of other studies also reported the effectiveness of CBT. 11 , 12 An article in a medical journal indicated that CBT may help individuals with misophonia to manage their emotions, when exposed to irritating noise. 13 Individuals with misophonia find trigger noises produced by their close relatives more distressing than by strangers. 11 An interesting study examined the effect of misophonia on students living in dormitories. 14 They showed that a switch from living in a home environment to dormitories could interfere with their adaptation to misophonia with other roommates. This was particularly the case in female students, as they are more sensitive to environmental factors and are more vulnerable to psychological problems.

Most clinical studies on misophonia have been conducted in female patients, 11 , 15 - 17 but there is no information about the prevalence of the disorder. It has been shown that misophonia is not an auditory impairment caused by anatomical anomalies, instead, it is due to a highly sensitive association between the limbic and sympathetic nervous systems. 18 , 19 Such excessive sensitivity of the sympathetic nervous system leads to alteration of cognition and behavior. The main objective of the present study was to investigate the effectiveness of CBT on anger in female students with misophonia.

A study based on a non-concurrent multiple baseline single-case experimental design was conducted in 2018 at the School of Education and Psychology, Shahid Chamran University of Ahvaz, Ahvaz, Iran (Ethical code: 49752). The target population was female students living in dormitories of Ahvaz University of Medical Sciences (Ahvaz, Iran). The sample size was determined in accordance with the Krejcie and Morgan table. 20 Based on the multi-stage random sampling method, 320 female students living in the dormitories were recruited. To identify students with misophonia, we made a random selection of the dormitories (two out of six), two floors in each dormitory, and 15 rooms per floor. For the initial diagnosis, the misophonia questionnaire (MQ) was handed out to the female students. Out of the 320 students, 65 students achieved the score ≥7 (cut off point based on a previous study 21 ). These students were approached for an interview, however, the majority either did not respond to phone calls, refused to fill in the required information, or did not attend the meeting. Eventually, 27 students were enrolled for the interview in accordance with the diagnostic criteria of Schroder and others. 7 The inclusion criteria were misophonia score ≥7, diagnosed with misophonia, and willingness to participate in the study. The exclusion criteria were psychiatric or psychotropic drug consumption at the start of or during the last six months prior to the study and attending psychotherapy sessions. Out of the 27 students, 11 fulfilled the criteria, among which four students were randomly selected for participation. During the study, one student decided to withdraw and the remaining students (n=3) followed the study stages, namely baseline, intervention, and follow-up sessions. The Novaco anger questionnaire was used during the baseline sessions, intervention sessions (sessions three, six, and eight), and six weeks follow-up (two, four, and six weeks after the last intervention session). 22 Based on the study design, the participants entered the baseline stage at the same time, but each followed the intervention stage with a one-week interval. The intervention sessions were conducted weekly over eight weeks period, each lasting 60 minutes. The assignments and exercises of the sessions were mainly in accordance with the technique proposed by Schroder and colleagues (relaxation, task concentration exercise, audio clips, and cognitive-behavioral therapy). 10 , 23 The content of the therapeutic sessions was:

Baseline: Familiarization with the topic and exchange of information, interviewing in accordance with Schroder criteria, 7 and filling out the questionnaires for baseline assessment.

Prior to the study, written informed consent was obtained from the participants.

In addition to the above-mentioned instruments, a clinical interview with the participants was conducted. The diagnostic criteria for misophonia as described by Schroder and colleagues 7 were used to better understand the underlying reasons for misophonia, i.e., obsessive-compulsive disorder (OCD) or post-traumatic stress disorder (PTSD).

Since the study was based on a single-case design, data obtained from the three participants during the baseline, intervention, and follow-up stages were analyzed using descriptive statistical methods. The data were analyzed using visual analysis, recovery percentage formula, and reliability change index (RCI). RCI was calculated to determine the clinical significance of the results and the cut-off score. In addition, trends of stability indices, and the percentage of non-overlapping and overlapping data points were calculated.

The results of the present study showed that CBT was effective in reducing the feeling of anger in individuals with misophonia. The anger score of all three participants decreased at the end of the follow-up stage to below the baseline levels. Although in one participant the intervention did not produce a positive effect at the end of the follow-up stage, the recovery percentage of all participants indicated improvement and effectiveness of the intervention.

Considering the novelty of misophonia, no studies to date have directly addressed the effectiveness of CBT on anger in individuals with misophonia. However, in support of our findings, some studies have indicated the efficacy of CBT on the symptoms of misophonia 10 - 12 and the effect of CBT on anger in individuals with other spectrum disorders. 8 , 9 Anger is an unpleasant inner emotional state with various intensities and frequencies, which is often characterized by inaccurate thoughts, physical arousal, and an increased tendency towards verbal or non-verbal behaviors, which are not culturally accepted. 27 , 28 In this emotional state, individuals may interpret events in certain ways and enter the state of self-talk or inner dialogue. Kabosi and Ghorbani showed that cognitive training of anger management reduces a variety of aggressive behaviors (thoughts, behavior, feeling) and helps to identify useful and useless thoughts followed by the ability to correct the latter. 8 Jamil and Yousef also showed that CBT changed aggressive behavior by promoting a relationship between the therapist and the patient, and through changes in cognitions and definition of errors. 9 When an individual gets angry, the nervous system is stimulated, and it becomes difficult to suppress the feeling of anger. In the present study, training to change negative self-talk in combination with relaxation techniques (e.g., deep breathing) was used to control anger. Relaxation reduces irritability and increases the individual’s tolerance to situations where misophonic triggers may be present. 10 These exercises reduce aggression, especially when combined with cognitive self-control techniques. 29 , 30 The misophonia model described by Schroder and colleagues emphasizes that individuals with misophonia have a high focus on misophonic triggers, which could be due to impaired attentional control. 10 Therefore, task concentration exercises trained the ability of such individuals to divert their attention to other sensory inputs. In the present study, we showed that CBT reduced the feeling of anger in individuals with misophonia through reducing automatic negative thinking, increasing objective understanding of events, and employing behavioral techniques.

As in other psychological studies, limitations of the present study were the single-sex sample and single-case intervention approach, which undermined the generalizability of our findings. For a more comprehensive assessment of CBT effectiveness, future studies to include male patients and other settings such as schools and family environment, are recommended. In addition, to verify the effectiveness and applicability of CBT on individuals with misophonia, we suggest conducting randomized controlled trials with larger sample sizes. Considering the limited studies on misophonia, it is recommended to investigate its prevalence, association with other disorders (e.g., obsessive-compulsive disorder, depression, etc.), and treatments of misophonia.

With a varying degree of effectiveness, CBT successfully reduced the symptoms of misophonia among the participants. Discontinuation of the prescribed exercises over time can be a factor for the reduced effectiveness of CBT. Additional focus on psychological principles is required to further verify our findings. 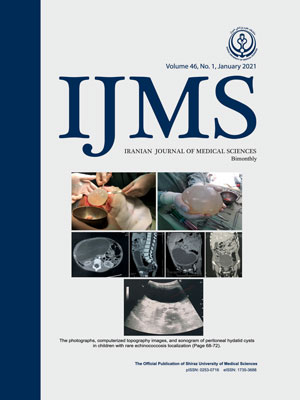