Background: The Paraventricular Hypothalamic Nucleus (PVN) coordinates autonomic and neuroendocrine systems to maintain homeostasis. Microinjection of angiotensin II (AngII) into the PVN has been previously shown to produce pressor and bradycardia responses. Anatomical evidence has indicated that a substantial proportion of PVN neurons is connected with the neurons in the central amygdala (CeA). The present study aimed to examine the possible contribution of the CeA in cardiovascular responses evoked by microinjection of AngII into the parvocellular portion of PVN (PVNp) before and after microinjection of cobalt chloride (CoCl2) into the CeA.
Methods: The experiments were conducted at the Department of Physiology of Shiraz University of Medical Sciences, from April 2019 to November 2019. There were two groups of 21 eight-week-old urethane anesthetized male rats, namely saline (n=9 rats) and AngII (n=12 rats) groups. Drugs (100 nL) were microinjected via a single-glass micropipette into the PVNp and CeA. Their blood pressure (BP) and heart rate (HR) were recorded throughout the experiments. The mean arterial pressure (MAP) and heart rate (HR) were compared to the pre-injection values using paired t test, and to those of the saline group using independent t test.
Results: Microinjection of AngII into the PVNp produced pressor response (p <0.0001) with no significant changes in HR (P=0.70). Blockade of CeA with CoCl2 attenuated the pressor response to microinjection of AngII into the PVNp (p <0.001).
Conclusion: In the PVNp, Ang II increased the rats’ blood pressure. This response was in part mediated by the CeA. Our study suggested that these two nuclei cooperate to perform their cardiovascular functions.

The Parvocellular portion of the hypothalamic paraventricular nucleus plays a critical role in cardiovascular control. Angiotensin II acts as a neurotransmitter playing a role in arterial pressure regulation. The parvocellular portion paraventricular nucleus has a bilateral connection to the central nucleus of the amygdala. Both of the above-mentioned areas are involved in cardiovascular control.

In animal models, microinjection of angiotensin II into the parvocellular portion paraventricular nucleus produced pressor response with no significant changes in the heart rate. Blockade of neuronal transmission of the central nucleus of the amygdala by local injection of cobalt chloride markedly attenuated pressor response of angiotensin II microinjected in the parvocellular portion paraventricular nucleus, suggesting that these two nuclei cooperate to perform their cardiovascular functions.

In the brain, the Paraventricular Hypothalamic Nucleus (PVN) plays an essential role in regulating sympathetic drive, arterial blood pressure (AP), and body fluid homeostasis. 1 , 2 The parvocellular portion of PVN (PVNp), generates an integrated output to the rostral ventrolateral medulla (RVLM), which is the dominant brain region for tonic regulation of arterial blood pressure, 3 , 4 and the intermediolateral (IML) cell column in the spinal cord to innervate the heart and vasculature of several organs. 5

There are more than 30 neurotransmitters in the PVN. 5 , 6 Glutamate and angiotensin II (Ang II) stimulate sympathetic outflow, whereas nitric oxide (NO) and gamma-aminobutyric acid (GABA) act as inhibitory neurotransmitters. 7 Experimental investigations have suggested that circulating Ang II in the bloodstream influences forebrain circumventricular organs (CVOs). 8 A major target of the projections arising from the CVOs neurons and activated by AngII is the PVN. 9 - 11 Additionally, neuronal cell bodies exhibiting Ang-like immunoreactivity have been observed in PVN, the nucleus of tractus of solitorious (NTS), and the subfornical organ. 11 AT1 and AT2 receptors are expressed in parvo- and magnocellular portions of the PVN, suggesting that AngII of the PVN may act as a neurotransmitter involved in regulating arterial pressure. 10 , 12 , 13

Microinjection of AngII into the PVN stimulates neurons resulting in an increase in blood pressure and consequently, in firing rate. These responses are mediated through AT1 and AT2 receptors of AngII. 5 , 10 , 12 , 13 The amygdaloid complex has been involved in cardiovascular responses during aversive threats. 4 , 14 , 15 Anatomical study evidence has shown a substantial proportion of amygdaloid connections with paraventricular nucleus neurons. 16 Immunohistochemistry evidence has also implied that PVN collaterals, which project the amygdaloid complex, contain arginine-vasopressin (AVP) that establishes substantial synaptic connections with neurons in the central amygdala CeA. 17

Overall, these findings have demonstrated the contribution of PVN and CeA to the cardiovascular responses and substantial connection of paraventricular nucleus neurons with the central amygdala. Amygdala possibly acts as a synaptic relay for the pressor effect produced by AngII injected into the PVN. This study was conducted to address this question through the blockade of CeA by cobalt chloride (CoCl2), while AngII was microinjected into the PVNP.

Twenty-one male Sprague Dawley rats (eight-week-old, weighing approximately 250 g) were obtained from the animal house of Shiraz University of Medical Sciences and used in this study. The rats were housed in collective plastic cages (four animals per cage) in temperature-controlled rooms at 24 °C with 12 hour light-dark cycles and free access to water and food. All the procedures were approved by the Ethics Committee of Shiraz University of Medical Sciences (Ethics code for animal research: IR.SUMS.REC.1396.S1011) and conducted according to animal use and care guidelines. All the efforts were made to minimize the discomfort and the number of animals used.

General anesthesia was intraperitoneally (IP) induced with urethane (Sigma-Aldrich, United States), with an initial dose of 1.4 g/Kg. Throughout the experiment, the level of anesthesia was examined, and a supplementary dose (10% of the initial dose, IP) was injected, if it was necessary. Surgical anesthesia was affirmed, if no withdrawal reflex of a hind limb was observed. Rectal temperature was monitored and maintained at 37±1 °C with a heating pad temperature controller. A cannula was inserted into the trachea to ease the ventilation.

For drug microinjection into the PVNp, the head of each animal was placed in a stereotaxic frame (Stoleting, USA), and two holes were drilled above the parvocellular subdivision of the paraventricular nucleus PVNp using stereotaxic coordinates, 0.1-0.4 mm lateral to the midline, 1.4-2.0 mm caudal to bregma, and 7.9-8.6 mm ventral to the dorsal surface of the brain according to a rat brain atlas. 18

A single glass micropipette (Stoleting, USA) was pulled to an internal diameter of approximately 35-45 µm (Narishigi, Japan) for drug microinjection into the PVNp. The microinjections were performed as previously described by our lab and 100nL of the drugs was administrated. 19 , 20 The injection volume was measured by direct observation of the fluid meniscus in the micropipette utilizing an ocular micrometer that allowed a 2 nL resolution (U.W.O, Canada). All the drugs were dissolved in saline (0.9% NaCl).

These experiments were performed to find the neuronal connectivity between PVNp and CeA in cardiovascular responses to microinjection of AngII into the PVNp.

Histological Determination of the Microinjection Sites

At the end of each experiment, the micropipette was moved up and down a few times to produce a clear track. The rat was subjected to a high dose of anesthetic and perfused transcardially with 100 ml of 0.9% saline followed by 100 ml of 10% formalin. Afterward, the brain was obtained for determination of the microinjection sites, as previously described by our lab. 23 Frozen serial transverse sections (40 μm) were cut and stained with cresyl violet 1% (Fulka). The injection and recording sites were verified according to a rat brain atlas Paxinos 18 using a light microscope.

The results are expressed as mean± SEM. Prism software, version 6.07 (Graphpad Software, La Jolla, CA, USA) was employed for statistical analysis. All the data were tested for normality using the Shapiro-Wilk test. Since all the data were normal, parametric tests were carried out. The changes in the mean arterial pressure (ΔMAP) and in the heart rate (ΔHR) were compared to those in the pre-injection value via paired t test and with saline groups using independent t test. A P value of less than 0.05 was considered statistically significant.

Cardiovascular Responses to Saline Microinjection into the PVNp

In the present study, we found that microinjection of AngII into the PVNp elicited the pressor response with no significant changes in the heart rate. The pressor response was attenuated after the injection of the reversible synaptic blocker, CoCl2 into the CeA (figures 1 and 2). Anatomical evidence indicates axonal connections between the amygdala and autonomic subdivisions of the hypothalamic paraventricular nucleus, including lateral, dorsal, ventral, and medial parvocellular subnuclei. 17

Recent evidence has reported that chronic and repeated stress increased the sympathetic tone to the heart, which was inhibited by MeA treatment with either an AT1 antagonist losartan or PD123319, an AT2 antagonist. 14 In addition, microinjection of PD123319 into MeA has been found to increase the reflex tachycardic response to the blood pressure decrease. 14 No similar studies were; so, we could not compare the results. However, the result of a paper showed that microinjection of AngII in various subnuclei of the amygdala increased the neuronal discharge rate in rats.

The MeA and PVNp are well-known as part of the central cardiovascular control system. 21 Based on the results of previous studies and the results of the present study, the two possibilities could be suggested: PVN affects the amygdala through an angiotensinergic pathway between PVN and CeA. This pathway can be activated by microinjection of AngII or endogenous AngII. In support of this suggestion, it was proposed that lateral hypothalamus 29 , 30 and central nuclei of amygdala 31 , 32 are part of the circuitry that modulates cardiovascular responses. Anatomical studies have also shown bilateral connections between the central nucleus of the amygdala and the PVN. 17

Another possibility is that AngII microinjected in PVNp increases the vasopressin release from vasopressin projecting neurons within the PVNp and affects the CeA amygdala through a vasopressinergic pathway between PVNP and CeA. Genetic, anatomic, and electrophysiological studies have shown the presence of synapses between the angiotensinergic and vasopressinergic neurons in the PVNp. 33 - 35 A previous work reported that hypothalamic vasopressinergic neurons collaterals are projecting to the amygdaloid complex and establish synaptic connections with neurons in the central amygdala CeA. 16 The main target for vasopressin (AVP) input to CeA are GABAergic neurons. 36 , 37 In the CeA, V1a AVP receptor mRNA has been observed in GABAergic neurons. 16 Although further investigations are required for more clarification in this regard, these questions still remain unclear: which types of amygdala angiotensin receptors mediate pressor responses to microinjection of AgII in PVNp? Does endogenous PVNp angiotensin II have a similar effect?

We found that AngII microinjected into the PVN produced a pressor response. These experiments revealed the first evidence concerning the contribution of CeA amygdala to microinjection of AngII pressor response into the PVNp. We suggested that these responses are mediated partly through pathways from PNVp, which end at CeA neurons, indicating that these two nuclei cooperate to perform their cardiovascular functions.

This manuscript was derived from a part of the PhD thesis by Bahar Rostami and was sponsored by a grant from the Vice chancellor of Research of Shiraz University of Medical Sciences (Grant number: 15236).

M.H: Study concept, design the study, contributed to data acquisition and analysis, interpretation of data, and critical revision of the manuscript for important intellectual content; B.R: contributed in data acquisition, data analysis and drafting the manuscript; All authors have read and approved the final manuscript and agree to be accountable for all aspects of the work in ensuring that questions related to the accuracy or integrity of any part of the work are appropriately investigated and resolved. 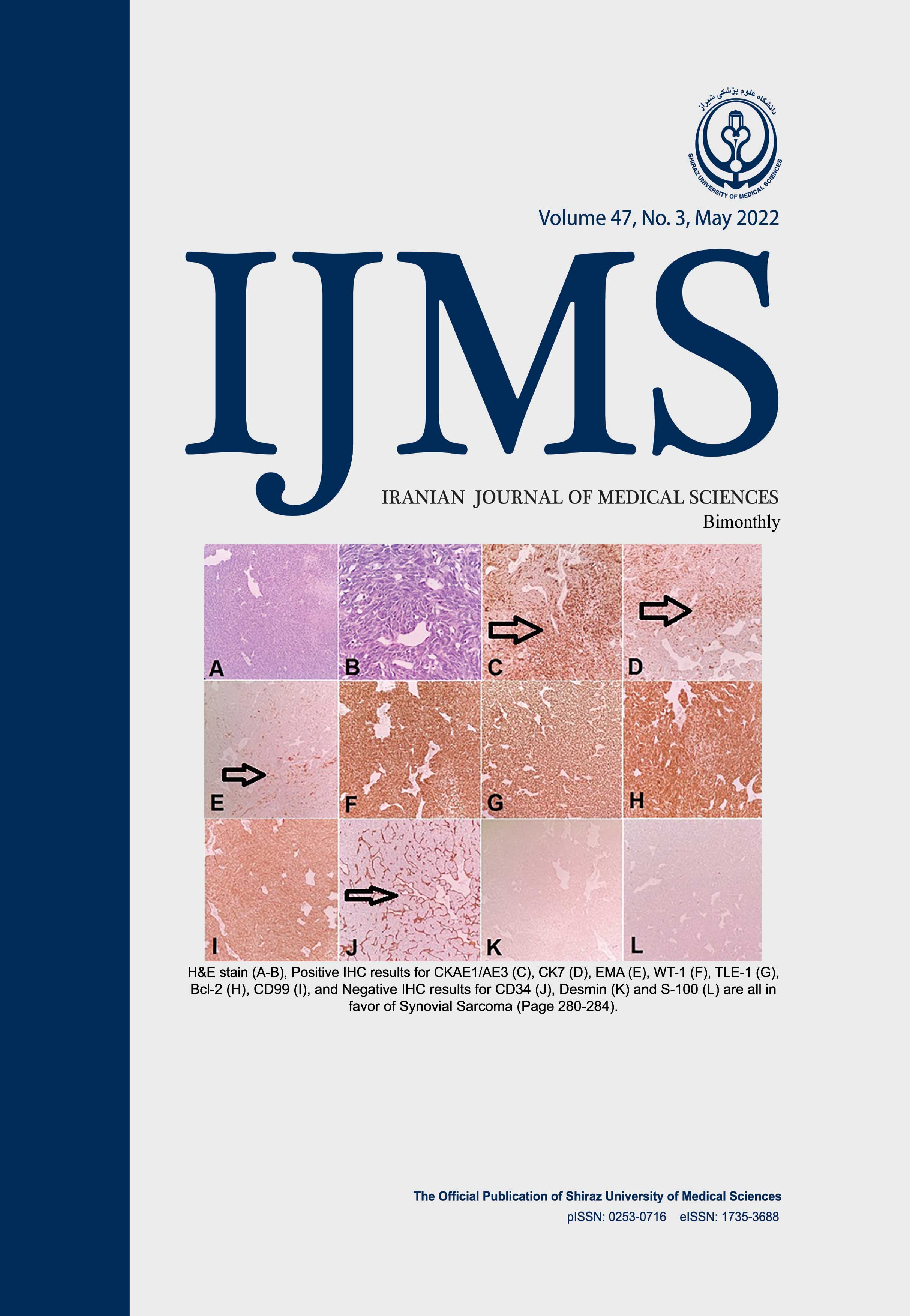