Uncommon Location of a Giant Pericardial Cyst: A Case Report

Pericardial cyst is a rare benign and mesothelial congenital aberration resulting from an anomaly in the formation of coelomic cavities typically detected during the third or fourth decade of life. 92% of pericardial cysts reside in the cardiophrenic angle.

We presented a case of an extremely rare giant pericardial cyst residing in the posterior mediastinum with an anterior component. The cyst was successfully resected using video-assisted thoracoscopic surgery.

Pericardial cysts (PCs) are uncommon benign congenital anomalies located in the middle mediastinum. 1 The estimated incidence of these entities is one per 100,000 people, representing 6-7% of all mediastinal masses. The diameter of a pericardial cyst (PC) is typically 1-5 cm, and its location is diverse with 70% of cases in the right cardiophrenic angle, 22% in the left cardiophrenic angle, and 8% in the posterior or anterior superior part of the mediastinum. 2 These cysts are usually asymptomatic, however, they can present symptoms such as dyspnea, chest pain, or cough. Other rare presentations include hemoptysis, fever, and pneumothorax. Nonetheless, PCs are detected incidentally on chest computed tomography (CT) scan or magnetic resonance imaging (MRI). Its therapeutic approach depends on the size and symptoms and includes conservative management, aspiration, or resection. 3 In this report, we present an extremely rare case of a giant PC located in the posterior mediastinum with an anterior component. The cyst was successfully resected using video-assisted thoracoscopic surgery (VATS).

In 2019, a 54-year-old Caucasian woman was referred to the emergency department of Imam Khomeini Hospital Complex (Tehran, Iran) suffering from progressive shortness of breath. The patient had no remarkable past medical history but had the symptom for at least three months before admission during which the shortness of breath became more severe, particularly on exertion. The patient reported no other symptoms. Physical examination revealed no significant findings, except for diminished right-sided breath sounds and muffled heart sounds. Laboratory results showed no remarkable abnormality. Chest radiography was performed after history taking, physical examination, and initial workup. The results showed a significant right-sided opacification and mediastinal shift to the left side. The patient was transferred to our pulmonary diseases ward with the suspicion of pleural effusion. Since the results were non-diagnostic, the patient was subsequently referred to our interventional pulmonology ward. The chest CT scan showed an unusual giant cystic lesion occupying >50% of the right hemithorax leading to a near-complete collapse of the right lung (figure 1). The cystic lesion was primarily located in the posterior mediastinum with a smaller anterior component (figure 2). The patient underwent VATS using a thoracoscope (Olympus, Germany), and a giant cyst of approximately 20 cm diameter was aspirated. After fluid aspiration, the cyst was completely resected from the mediastinum. Pathologic assessment of the cyst revealed a unilocular cyst lined with the flattened or cuboidal epithelium of pericardium origin as well as the presence of mild chronic inflammation in some areas (figure 3). After surgery, the patient was discharged symptom-free. No new complaints or adverse effects were reported during the six months follow-up. Written informed consent was obtained from the patient for the publication of this case report.

The first cases of PCs were reported in the middle of the 19th century during post-mortem examinations. In later decades, the ante mortem diagnosis became possible, and the management of PCs improved considerably due to advances in thoracic surgery. 4 During past decades, several cases of PCs have been reported in different age and sex groups. 1 The main presenting symptoms of these cysts include dyspnea, chest pain, and cough. However, there are reports of asymptomatic PCs. These cysts are typically located in the cardiophrenic angle, while some studies have reported PCs in the mediastinum. 1 Here, we present a case of a giant PC in the posterior mediastinum. The cyst was successfully resected using VATS. To the best of our knowledge, only one other study has reported a PC in the posterior mediastinum. 5

PC is a rare benign and mesothelial congenital aberration resulting from an anomaly in the formation of coelomic cavities typically detected during the third or fourth decade of life. Other etiologies include inflammatory processes and traumatic incidences. Histologically, a PC is composed of clear fluid surrounded by connective tissue and a layer of mesothelial cells. 6 There is no sexual predilection in the prevalence of PCs. Previous studies have shown that 92% of PCs are found in the cardiophrenic angle. 1 However, in this report, we presented a case of an extremely rare giant PC located in the posterior mediastinum with an anterior component. It has been reported that the majority of PCs are asymptomatic, and only a small portion of cases presents symptoms such as shortness of breath, cough, and atypical chest pain. These symptoms are thought to be due to compression of adjacent tissues or inflammation of the cyst, which may lead to life-threatening conditions such as sudden death, cardiac tamponade, and obstruction of the main bronchi. 6 In the case of our patient, shortness of breath was probably caused by a near-complete collapse of the right lung.

Diagnosis of PCs is difficult due to its low prevalence and differential diagnosis. In several cases, as in ours, it raises the suspicion of other diagnoses including teratoma, lymphangioma, bronchogenic cyst, esophageal duplication cyst, neurenteric cyst, and thymic cysts. 7 A CT scan or cardiac MRI are excellent tools for early diagnosis of PCs showing oval, thin-walled, and well-defined homogeneous masses. However, transthoracic echocardiography and ultrasonography may also be of value in the workup of PCs. 3

Currently, there is no established protocol for the management of PCs. Treatment options such as conservative management, aspiration, and resection are considered primarily depending on the size of the cyst and symptoms of the patients. 4 , 6 Serial radiological imaging such as non-contrast low-dose CT scan or MRI can be performed as a routine follow-up in asymptomatic patients. However, evidence regarding the appropriate interval between follow-ups and the safety of conservative management is scarce. In the case of symptomatic patients, therapeutic interventions are necessary. Thoracotomy or VATC is the preferred approach in resecting the cyst. Other treatment options include echocardiography- and ultrasonography-guided percutaneous aspiration of PCs. 1

Various studies have reported that pericardial cysts are typically found in the cardiophrenic angle. We presented a case of a giant pericardial cyst located in the posterior mediastinum. The cyst was successfully resected using video-assisted thoracoscopic surgery. 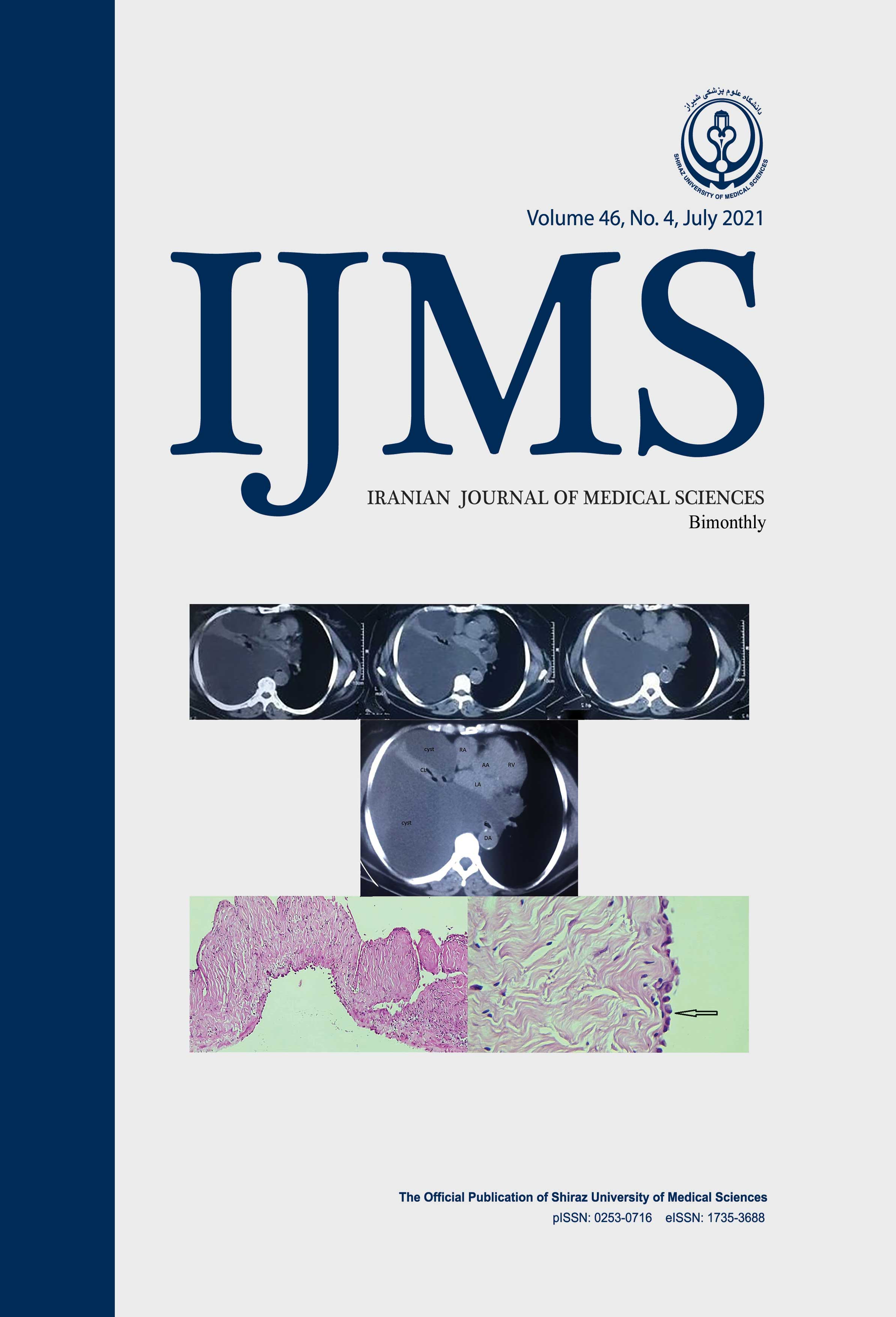