Pelizaeus-Merzbacher-Like Disease 1 Caused by a Novel Mutation in GJC2 Gene: A Case Report

Pelizaeus-Merzbacher-Like Disease 1 is a genetic disorder affecting the central nervous system with an autosomal recessive inheritance pattern. It is a rare genetic disorder that affects the central nervous system. In this report, we demonstrated the clinical and paraclinical features of an Iranian consanguine pedigree with suspected hypomyelinating leukodystrophy, without any defined diagnosis. The proband, a 15-month-old girl, visited the Razi pathobiology and medical genetic laboratory of Karaj, where the study was conducted in 2020. Following whole-exome sequencing analysis of the proband and segregation analysis, a novel pathogenic mutation was discovered. GJC2 (NM_020435.4):c.1096dupG was found to be homozygous in the proband and heterozygous in both parents. This mutation was in the coding region of the protein, which results in D366Gfs*126 (p.Asp366GlyfsTer126). The site of mutation was at the 3’ region of the connexin superfamily domain. The frameshift results in a different peptide sequence of the C-terminal and extended protein. Our findings led to the diagnosis of the proband’s disease as Pelizaeus-Merzbacher-Like Disease 1 and led to the end of the diagnostic odyssey. We provided effective genetic counseling through the identification of a novel pathogenic mutation in gap junction protein C2 in this family and suggested preimplantation genetic diagnosis for the next pregnancy. Furthermore, our findings confirmed the association of GJC2 mutations with PMLD1. This discovery added to the repertoire of genetic mutations of Pelizaeus-Merzbacher-Like Disease 1. This knowledge could be applied for expanded carrier screening of other families, especially for Iranian consanguine marriages.

Pelizaeus-Merzbacher-Like Disease 1 (PMLD1) is a genetic disorder with progressive leukodystrophy inherited in an autosomal recessive pattern, which is caused by homozygous mutation in the gap junction protein C2 gene (OMIM: 608803). This gene seems to be important for oligodendrocyte homeostasis.

In this report, we demonstrated the clinical and paraclinical features of an Iranian consanguine pedigree with suspected hypomyelinating leukodystrophy, without a defined diagnosis. Following the whole exome sequencing analysis of the proband and segregation analysis, a novel pathogenic mutation was discovered. GJC2 (NM_020435.4):c.1096dupG was found to be homozygous in the proband and heterozygous in both parents, compatible with the pedigree. This discovery added to the repertoire of genetic mutations of Pelizaeus-Merzbacher-Like Disease 1, which can be used for expanded carrier screening.

Leukodystrophies are degenerative encephalopathies distinguished by aberrations of the white matter in the central nervous system (CNS). 1 Hypomyelinating leukodystrophies, a subtype of leukodystrophies, represent a genetically heterogeneous, but clinically overlapping group of heritable disorders. 2 Pelizaeus-Merzbacher-Like Disease 1 (PMLD1), also known as hypomyelinating leukodystrophy 2 (HLD2), is a rare early-onset disease with gradually progressive leukodystrophy, visible as hypomyelination on brain magnetic resonance imaging (MRI). It is an autosomal recessive disease, with the connexin 47, also called gap junction protein C2 (GJC2) and gap junction alpha-12 (GJA12), gene mutations being the root cause. Localized to the long arm of the human chromosome 1 (1q42.13), GJC2 is highly expressed in oligodendrocytes involved in the formation and maintenance of myelin. To date, more than 50 different mutations were discovered in the GJC2 gene, mostly leading to a loss-of-function of GJC2’s protein, Cx47, leading to PMLD1 in pediatric patients. It commonly manifests during the infancy or neonatal period with nystagmus. Other clinical symptoms include delayed acquisition of motor milestones, ataxia, choreoathetotic movements, dysarthria, and hypotonia. During the course of the disease, hypotonia commonly develops into spasticity, affecting the ability to walk and communicate. Cerebellar symptoms (gait ataxia, intention tremor, dysmetria, dysdiadochokinesia, and head titubation) usually manifest during childhood. The motor abnormality may lead to orthopedic complications and swallowing difficulty. Most individuals have a normal or mild intellectual disability. Currently, there is no definite treatment available for PMLD1 patients. Recommendations for patients include regular neurological monitoring of disease progression, management of growth and weight gain, and supportive and speech therapies. 3

In recent years, a comprehensive diagnostic approach of utilizing both MRI imaging and next-generation sequencing has led to a tremendous increase in the identification rate of novel mutations in white matter disorders related to genes. 4 Phenotypically similar hypomyelinating leukodystrophies can be distinguished on a molecular genetic basis. Accordingly, to confirm the clinical diagnoses, genetic analyses are suggested. 5

Here, using the whole exome sequencing (WES) approach, along with simultaneous exome screening in combination with clinical and paraclinical data, we aimed to establish the diagnosis of the undiagnosed patient under study and provide effective genetic counseling.

In this report, we investigated a symptomatic proband in a consanguineous Iranian family (figure 1). The proband was a girl born in Hashtgerd of Alborz, Iran, on November 28th, 2018. From the 4th day up to the 5th month, rotary nystagmus was evident. However, when referred to an optometrist and an optometrist with retina subspecialty in 2019, they did not find any structural abnormality of the vision. Head circumference at birth and in the 6th month was 34.5 and 44 centimeters, respectively. The proband could not hold her head up until the 13th month. By the 21st month, the nystagmus was mild and horizontal. The proband had motor skill developmental delay, hypotonia, and dystonia. She crawled and did not have balance when walking. Her IQ was normal and could speak out words. She did not have any history of seizures. In the MRI scan of the five-month-old patient in 2019, thinning of the corpus callosum and abnormal signal intensity were observed, indicative of hypogenesia. The immaturity of both periventricular white matter myelination was more prominent for the patient’s age. Therefore, a follow-up study of white matter disease and leukodystrophy was recommended. Another MRI scan at age one, in late 2019, indicated reduced levels of myelination. Based on a clinical/paraclinical investigation, especially brain MRI scans, hypomyelinating leukodystrophies were suspected.

The family was referred to Razi Pathobiology and Medical Genetic Laboratory (Karaj, Iran), where the study was conducted in 2020, while the proband, a girl from Hashtgerd of Alborz province, was 15 months old. Written informed consent was obtained from the patient’s parents for participation in this study. To find the underlying genetic cause, genomic DNA was isolated from the blood sample by using the Genall DNA extraction kit (Geneall Biotechnology Co., South Korea). Exome Analysis by Next Generation Sequencing (NGS) was carried out using the TruSeq library preparation kit (Illumina, Inc., USA). The libraries were sequenced to ≥20× coverage on NovaSeq 6000 (Illumina, Inc., USA) using 150 by 150 bp paired-end read. The sequences obtained were aligned to the human reference genome (GRCh37/hg19). Gene annotation of the variants was performed using wANNOVAR (http://wannovar.wglab.org/). Clinically relevant mutations were annotated using published variants in the literature and a set of disease databases, including ClinVar and Online Mendelian Inheritance in Man (OMIM). Common variants were filtered based on allele frequency in 1000 Genome, ExAC, and gnomAD in Microsoft Excel 2013 (Microsoft Corporation, USA). The mutations were interpreted based on the American College of Medical Genetics and Genomics (ACMG) Standards and guidelines for sequence interpretation. 6

Subsequently, Sanger sequencing 7 , 8 confirmed the identified genetic variants in the GJC2 gene in the proband and her parents. In total, 25 ng genomic DNA of the proband and her parents were amplified with PCR Master Mix (Ampliqon, Odense, Denmark) and primers flanking the identified genetic variant. All PCR amplifications were conducted using the following thermal conditions: primary denaturation at 97 °C for two min, denaturation at 97 °C for 10 s, and annealing/elongation at 60 °C for three min for 40 cycles. The amplicons were sequenced from both directions with the 3500xL Dx Genetic Analyzer Installation Kit (Applied Biosystem, USA) on the Applied Biosystems 3500 (Applied Biosystem, USA). Sequencing data were then analyzed with chromas software (version 2.6.6, Technelysium Pty Ltd, Australia).

Following the whole exome sequencing analysis of the proband and segregation analysis using Sanger sequencing, a novel pathogenic mutation was discovered. GJC2 (NM_020435.4):c.1096dupG was found to be homozygous in the proband and heterozygous in both parents (figure 2), compatible with the mode of inheritance of PMLD1. This mutation, which was in the coding region of the protein, results in D366Gfs*126 (p.Asp366GlyfsTer126). The site of mutation was at the 3’ region of the connexin superfamily domain. This frameshift results in the alteration of the peptide sequence of the C-terminal and a longer protein in the cytoplasmic domain. According to ACMG guidelines and considering the clinical symptoms of the proband, this variant was classified as a pathogenic mutation. At the time of this study, L-carnitine, omega 3 fatty acid, and vitamin H, vitamin B, vitamin E, and zinc supplements were prescribed for the patient.

Here, using the WES approach, along with simultaneous exome screening in combination with clinical and paraclinical data and segregation analysis, we identified a novel homozygous frameshift mutation GJC2 (NM_020435.4): c.1096dupG, predicted to be a pathogenic variant according to ACMG. This mutation could consequently impair the function of the GJC2 protein and might explain the HLD2 in the proband.

Hypomyelinating leukodystrophies (HLD) are a group of rare white matter disorders. These CNS-related diseases normally begin in infancy or early childhood and deteriorate over time. They include a clinically overlapping, but genetically heterogeneous group of heritable disorders. Phenotypically similar HLD can be distinguished on a molecular genetic basis. Accordingly, to confirm the clinical diagnoses, genetic analyses are suggested. 2

In recent years, combining the strategy of the MRI diagnostic and NGS, the identification rate of new mutations in genes linked to white matter disorders is remarkably increased. 4 Here, using the WES approach and simultaneous screening of exome, we establish the diagnosis of an infant patient as PMLD1 and present novel homozygous mutations in the underlying gene GJC2. Almost uniquely expressed in oligodendrocytes of the brain, the GJC2 gene plays a crucial role in central myelination. The GJC2 gene belongs to the broad family of connexins and encodes for the 47-kD gap junction protein (Cx47). Required for intracellular communication, gap junction channels allow the fast transfer of metabolites and ions between neighboring cells. 3 Similar to other connexins, the GJC2 (Cx47) includes two extracellular, four transmembrane, and three cytoplasmic domains, including N- and C-termini and cytoplasmic loop. 9 Transfection studies with the mutant Cx47 suggest that a loss of function of the connexons, as well as a dysfunction of the Cx47 gap junction channel, may cause the PMLD1 phenotype. 10 , 11 The C-terminus includes various phosphorylatable serine, threonine, and tyrosine residues, considered as an essential part of the voltage and low pH gate for different gap junction channels. 12 Mutations in this region are considered to influence the functional regulation of GJs. 13 , 14

We assume that the identified homozygous frameshift mutation GJC2 (NM_020435.4): c.1096dupG, predicted as a pathogenic variant according to ACMG, significantly impairs the cytoplasmic c-terminal domain of the GJC2 structure and consequently the function of the GJC2 protein, and might explain the characteristically PMLD1-phenotype in the proband. Future studies reporting the same variant in symptomatic probands would strengthen the causality of this mutation in the pathogenic process of PMLD1. The strength of this study lied in the simultaneous screening of the exome, which permitted the analysis of all related variants. The limitation of this study was the inability to reconfirm the genetic variant in another symptomatic patient.

In conclusion, using WES in combination with MRI data, we were able to establish the diagnosis of the undiagnosed proband as PMLD1 and identify a novel pathogenic mutation in GJC2, adding to its mutation repository. This approach is effective in diagnosing undisguisable leukodystrophies and finding the underlying cause. Identifying the causative genetic mutations of inherited disorders is critical in preimplantation genetic diagnosis and prenatal diagnosis. Moreover, detecting the carrier status of parents allows genetic counselors to determine the recurrence risk in these families.

The authors are grateful to the patient’s family for their participation in the study. 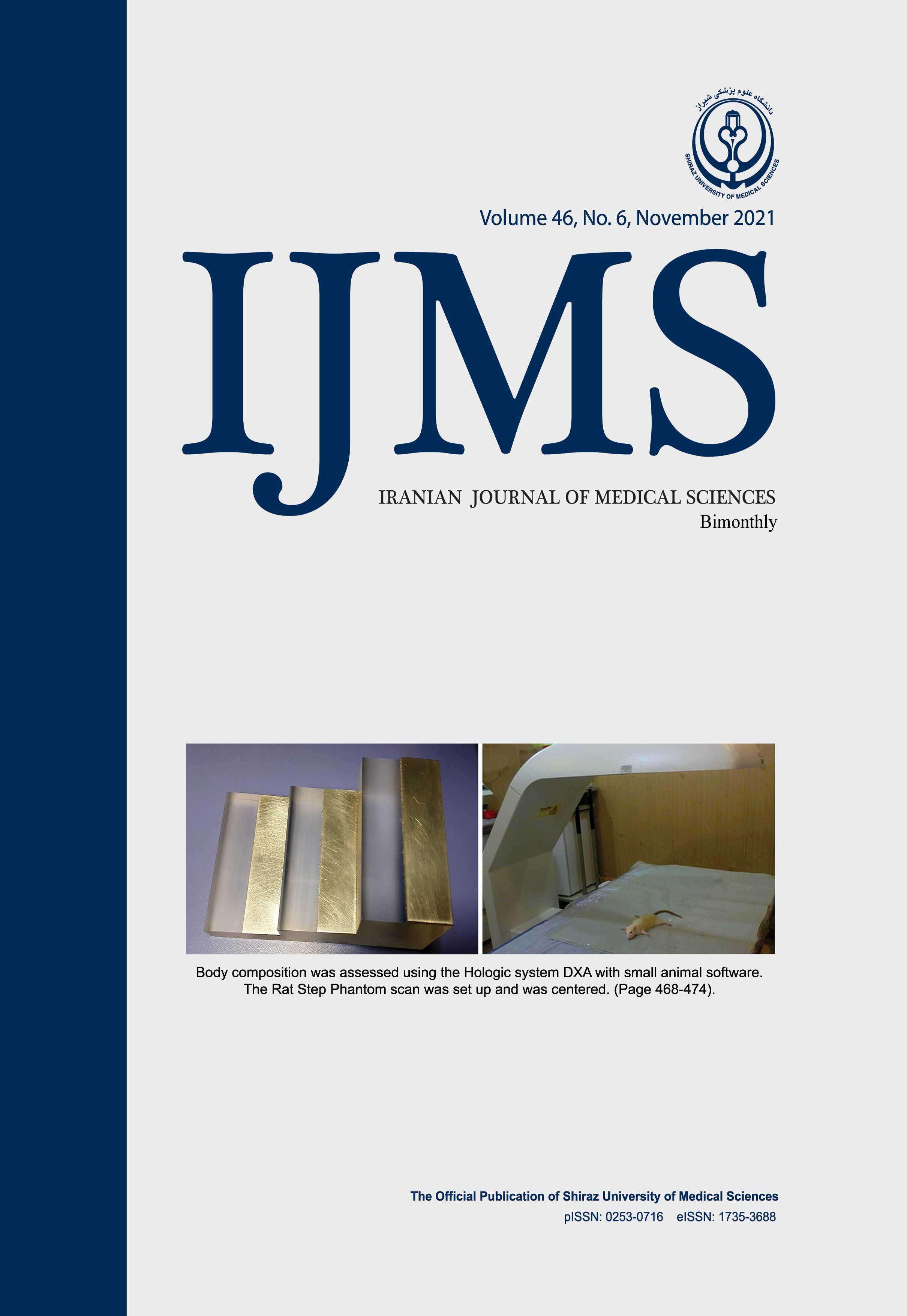